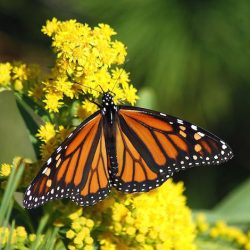 HARRISBURG, Pa. – Conservation and gardening groups are getting help from a nine-year-old Pennsylvania boy in their efforts to stop the decline of pollinating insects. Pollinators are responsible for one third of our food supply, but loss of habitat, parasites and pesticides have severely reduced their numbers in recent years. The Million Pollinator Garden Challenge was launched in 2015 to help reverse that trend. And that effort has gotten a boost from Kedar Narayan, a young coding whiz from Nazareth, Pa.”I created an app called Pollinator for a Pet to teach us how to create native pollinator gardens so that we can provide the pollinators food, water, shelter and safety,” Kedar explains.In two years, some 650,000 pollinator gardens have been created nationwide.Mary Phillips, senior director of the National Wildlife Federation’s Garden for Wildlife program, says from window boxes to garden plots and converted lawns, every little bit helps.”It’s very small to very big,” she states. “Some of these are creating tremendous acres of habitat and others are kind of connecting corridors across urban settings. So both of those approaches are equally valuable.”The project hopes to reach its million-garden goal by the end of this year.Kedar, who won national recognition for his smartphone app, says he sees adults doing their part to help, and that inspired him to put his talents to work to bring younger generations in on the effort. “I see potential in us kids to do our part, too,” he explains. “And together we can create a new ecosystem. One that will become the United States of Pollinators.”More than 50 national partners, including seven federal agencies, are now involved in the challenge to create pollinator gardens and restore critical insect populations nationwide.