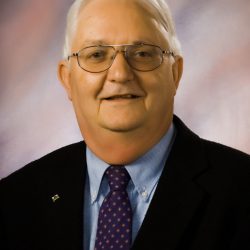 “Civic engagement through community media,” a part of BCTV’s vision, has again become more important in these days of uncivil engagement gone wild.

It’s becoming clearer that our republic requires civil discourse.  We are not governed by the elite or the powerful but by a social contract which stretches back to the founding of our country and before to one of the first attempts at democracy 2,500 years ago in Athens, Greece.

The heart of a flourishing democracy is the abilities of its citizens to debate issues openly and respectfully, and then hopefully choosing their leaders wisely.

Here are two words that need to be clearly distinguished.  Discussion comes from the Latin root, which also is used in percussion and concussion.  It is what we most often do when values clash.  I see discussion as a tennis match in which opponents toss ideas back and forth seeking to win the game.  Dialog, from the Latin, means “seeking the meaning between” between people.  It requires active listening, seeking common ground, not so much to vanquish the opponent as understand.  There is a great deal of discussion these days but very little dialog.

Are there constructive skills to use when values clash?   Here are four ways to help us engage in dialog from philosophy professor and author Robert Weston:

4.  Work on creating a shared vision that brings both sides in.*

It would build greater civility in engagement and offer better solutions if we tried dialog using these four ways to solve problems when clashes occur instead of retreating to thinking only our view is the right one and everyone else’s wrong.

*From A Practical Companion to Ethics.  By Anthony Weston, Oxford University Press, 2011.   Chapter 4: “When Values Clash.”