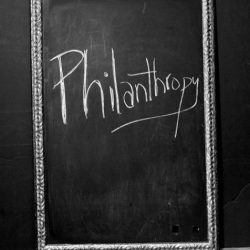 It’s no doubt that football is a huge sport in the American culture. A lot of people look forward to fall just to watch some football, whether its high school, college, or professional. Football brings out the good, bad, loud, violent, ugly, and beautiful in people. The National Football League is a sport like no other. Some may even go as far to say it is America’s religion. This is what makes the NFL protests so powerful. The media plays a huge role in today’s society, nothing goes unseen or unheard of when it happens. But what the media does not show too often is all the good and beautiful things that are going on behind the bad things. The bad is what makes the headlines and gets people to gossip and start unnecessary drama. Football is not for all the political incursions, it’s for people to play the game they love and so much more. This statement brings us to one team in particular, the Philadelphia Eagles. More specifically, a player named Chris Long.

Chris is a defensive lineman that donated his first six paychecks to his hometown to fund scholarships for kids. He is hoping that the investment will change the lives of those students who receive the scholarships and in turn, those students will positively impact others. After the first six games were through Chris announced that he was going to be playing his entire 2017 season for charity. Long’s final ten checks were going to be donated to organizations that support educational equity in Philadelphia, Boston, and St. Louis. These are the three markets he has played for during his ten-year career. In an interview Long states, “In my 10th year, I want to celebrate the awesome opportunity I have had to play football by giving back to the communities that have given me that gift.” “Educational opportunity and equity are the best gateway to a better tomorrow for everyone in America.”

Along with Chris Long’s one-million-dollar base salary this season, he is launching a “Pledge 10 for Tomorrow” campaign. This campaign encourages fans and businesses to make a donation, with the goal of matching the pledges that Long is making. It is so much deeper than football is what it comes down to. This is just a reminder that it is more than a game; that it is an opportunity to do good, whatever that looks like, and just to be authentic and genuine to everyone. Just because everyone knows your name does not make you better than anyone else. Giving back to the community once you have made it big really shows what kind a character you are. It shows that there is more to you than just being a professional football player. That does not mean that you should just do something nice just to get recognition. You should give back because you already have everything you need and want to help someone else have the same opportunity that you had. Professional athletes have a huge impact on younger children, they watch everything they do because they want to be just like them. Becoming a role model for younger generations could help make a change or difference in the world little by little.