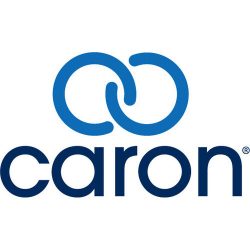 PHILADELPHIA, November 9, 2017—Caron Treatment Centers, a leader and nationally recognized not-for-profit provider of addiction and behavioral healthcare treatment, joined nearly 450 friends in a celebration of hope and recovery last night at the Kimmel Center for the Performing Arts for the Caron Philadelphia 2017 Gala. This highly anticipated annual event – Caron’s largest fundraiser in the region – raised more than $900,000, which will provide financial assistance to individuals and families in the Greater Philadelphia and Central New Jersey regions who are seeking treatment.

“We’re truly honored by the commitment of these communities to support treatment and recovery,” said Patrick J. Feeley, Executive Vice President and Chief Development Officer at Caron. “Their passion and generosity will empower more families to create a new life in recovery through access to high-quality, evidence-based treatment.”

The Caron Philadelphia 2017 Gala celebrated the following awards and recipients:

The 2017 Richard J. Caron Award of Excellence recognized the contributions of Casey Duffy, who has been a dedicated member of Caron’s Board of Trustees since 2006. During his tenure as Chairman, he helped Caron raise nearly $31 million for treatment, more than $1 million of which came from Philadelphia Gala fundraising events.  As part of Caron’s Open the Door Campaign, he helped to raise $54 million. He is also the founder of Sober Samaritan, a non-profit that raises funds for individuals to have access to treatment at Caron, and was Pennsylvania’s delegate to serve at A&E’s (Arts & Entertainment Television Network) first Recovery Rally.

The 2017 Corporate Partner Award recognized the Philadelphia Eagles for their extensive community outreach in the Greater Philadelphia region. The Eagles Charitable Foundation (ECF,) which is also known as the Eagles Youth Partnership, has served more than one million children with comprehensive vision care, and recently expanded its outreach to autism research, investing heavily in groundbreaking studies at some of the region’s leading medical institutions.  In addition, the Eagles Care program cultivates season-long strategic partnerships with local non-profits to help strengthen their core work and increase their positive impact on the community.

With 60 years in the field, Caron Treatment Centers operates lifesaving addiction and behavioral healthcare treatment. Caron is headquartered in Wernersville, Pennsylvania with Ocean Drive and Caron Renaissance located in Palm Beach County, Florida. Caron has Recovery Centers in New England, Philadelphia and Washington, D.C., which offer community and recovery support. Caron’s Recovery Centers in Atlanta and New York City also offer pre- and post-treatment services. Caron has the most extensive continuum of care including adolescents, young adults, mid-life adults, older adults, chronic pain, executives, healthcare professionals and legal professionals. Caron’s treatment is customized to meet the needs of individuals and families – with highly trained teams prepared to address co-occurring disorders. Caron offers an innovative approach to ongoing recovery care support for its former patients and their families with online peer groups and other resources during the first year of transition following discharge. For more information on Caron, please visit Caron at www.caron.org or follow us on Twitter.