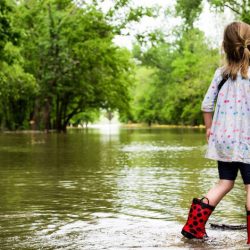 PITTSBURGH – The federal government is ignoring the threats to life on this planet presented by climate change – that’s the claim of a lawsuit against Trump administration officials. The suit was filed in federal court in Philadelphia last week, on behalf of the Clean Air Council and two Pennsylvania children. According to Joseph Minott, executive director and chief counsel of the Council, when Donald Trump became president, he took on the responsibility of protecting future generations from the effects of global climate change. But his executive orders and the actions of his appointed administrators are going in the opposite direction.”They are using ‘junk science’ to undo environmental protections that were created to protect public health and the environment,” he challenges. “And that, we feel, is unconstitutional.”President Trump has called climate change a hoax and has spearheaded a new emphasis on the development of fossil fuels, including coal and oil.Trump is named as a defendant in the lawsuit, but Minott points out that the president isn’t acting alone.”The people that he’s appointing in very sensitive positions are the ones that will develop the rules and regulations going forward that will impact public health and the environment,” he explains. EPA Administrator Scott Pruitt and Energy Secretary Rick Perry also are named as defendants. The lawsuit seeks to prevent the administration from taking actions that would be likely to increase what it terms the life-threatening effects of climate change. Minott says the real science is well established.”You don’t have a choice as to whether you want to believe it or not believe it,” he says. “And all regulations developed, all policies developed, should keep in mind the impact this will have on future generations.”Last week, the National Climate Assessment was released, reinforcing the scientific consensus that human activity is the dominant contributor to climate change.