Berks County Takes a Stand and Takes Back the Night 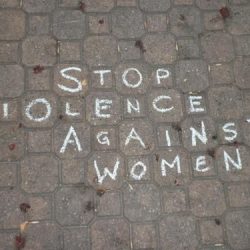 If you’ve kept up with entertainment news over the past couple of weeks, then reading the name Harvey Weinstein in this article should hopefully elicit some kind of reaction. The now infamous Hollywood producer behind films such as Shakespeare in Love and Gangs of New York is now facing heavy allegations from several actresses that have worked with him. USA Today now lists up to 60 people accusing him of sexual misconduct, listing famous actresses such as Rosanna Arquette, Kate Beckinsale, Cara Delevigne, Angelina Jolie, Ashley Judd, Gwyneth Paltrow, and Rose McGowan as just a few of the names that have accused Weinstein of his behavior.In light of the numerous allegations against Weinstein, many survivors of sexual harassment and assault have taken to social media in hopes to show people that the issue of harassment and assault is not just a problem in Hollywood. Over the past couple of weeks, it has not been uncommon to log into Facebook or check Twitter or Instagram and be greeted by a post from a friend that reads: “#MeToo.” The New York Times wirtes that the use of the hashtag “MeToo” began when actress Alyssa Milano tweeted on October 15th, “If you’ve been sexually harassed or assaulted write ‘me too’ as a reply to this tweet.” Like many things on the internet, the idea took off and many people spoke up to show that it happens to people who are not Hollywood stars.Even Berks County is not completely hidden from these issues. However, Berks County is not a place that lets these issues gently fall by the wayside or get swept under the rug. Today, there is a powerful event that helps to educate and discuss these issues that continue to plague the U.S every day. That event is called “Take Back the Night”. The event has a simple execution. Survivors of harassment, rape, assault, and other forms of sexual violence gather in a safe environment and voluntarily share their story to an audience of people they may or may not know. What is told and expressed at the event is confidential; it never leaves the room once the night is over.The Maneater traces the first “Take Back the Night” march back to October 1975. It first took place in Philadelphia after the murder of microbiologist Susan Alexander Speeth. She had been been stabbed while walking home alone at night. Ever since, “Take Back the Night” has been a growing event that allows for people of all ages the opportunity to share their story and (hopefully) get people to understand the power they have to possibly prevent something similar from happening to them or someone else. Several schools in the greater Berks County area host a “Take Back the Night” event once a year. Schools such as Kutztown University, Penn State Berks, Albright College, and Alvernia University each host the event.For Alvernia University’s CPEs (Campus Peer Educators,) they choose to host the event near the end of April, as a kind of sendoff to Sexual Violence Awareness month. In order to learn more about the event and its impact, I got the chance to speak with Alyssa Garcia, president of Alvernia’s Peer Educators, and ask her a few questions regarding “Take Back the Night”.When did you first attend “Take Back the Night?”“I first attended the event during my sophomore year. It was the first time I attended as a full ASAPP [Alvernia Sexual Assault Prevention Peers, previous name for the group] member.”What about the event left an impact on you?“At the time, I believed it didn’t happen on Alvernia’s campus. It was the first time I was hearing stories in detail.”Would you say “Take Back the Night” is the most important event the Peer Educators do?“I would say it’s the most impactful event we do. It’s right up there with Escalation (a short film used to educate students about abusive relationships and what they can do to prevent relationship violence.) It’s really eye-opening.”Why is “Take Back the Night” an important event?“I think it’s an important event because it shows that it’s not just a ‘you’ issue. That many people are at different stages. Some call themselves victims, some call themselves survivors, and etc.”Even with being a Peer Educator, is the event ever tough to handle emotionally?“Absolutely. There are days you just think, ‘why does this still happen?’ It’s a topic that never gets easier, and you never know how to respond to the stories that you end up hearing during the night. But it’s amazing to take something so emotional and be able to turn it into something positive and constructive.”Whether it is happening in Hollywood at the hands of a sleazy producer, at a school party, or even on a street somewhere in the night, these issues of assault and harassment are quickly becoming hot button topics for discussion. It is a very real issue and while it is difficult to talk about, it may be comforting to know that our own little Berks County is taking a stand and providing a forum for discussion about a very grim topic. If you or someone you know has experienced and/or endured harassment or assault, then please consider looking into one of the “Take Back the Night” events offered by colleges in the area. This spring 2018, be on the lookout for a county wide version of the event, being planned collectively by Kutztown, Albright, Penn State Berks, and Alvernia. All are welcome to attend and all will be listened to without judgement.