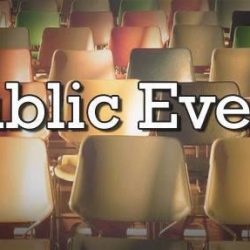 Paul Staniland is an Associate Professor of Political Science and faculty chair of the Committee on International Relations at the University of Chicago, where he co-directs the Program on International Security Policy and Program on Political Violence. His research interests include civil war, international security, and ethnic politics, primarily in South Asia. His current book project and related articles examine organizational cohesion and fragmentation in insurgent groups. He is the author of Networks of Rebellion: Explaining Insurgent Cohesion and Collapse, which has won several awards and he has published widely in academic and policy journals.

Staniland has a Ph.D. in Political Science from Massachusetts Institute of Technology. A frequent commentator on political violence in national newspapers, Staniland also maintains a blog and Twitter on the topic.

Dr. Paul Staniland’s discussion is open to the general public and we welcome people of all faiths and ages to attend this event.