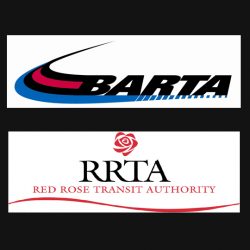 (Lancaster, PA) – The South Central Transit Authority (SCTA) is asking for the public’s help in providing feedback about transit services provided by Berks Area Regional Transportation Authority (BARTA) and Red Rose Transit Authority (RRTA). SCTA has created an online Community Survey for public input. SCTA is creating a Transit Development Plan (TDP) for the region and as part of the plan SCTA wants to gather public input and suggestions to help update its vision for future public transit service. This vision will be based on input from BARTA and RRTA customers and other members of the Berks and Lancaster communities about needs for travel by public transportation.

“This survey is targeted toward the ‘non-rider’ to try and gather information from their perspective,” stated Dave Kilmer, SCTA’s Executive Director. “Some of the questions ask why they don’t ride and what changes could be made to have them consider riding BARTA and RRTA,” Kilmer said.

The survey is located on the SCTA, BARTA and RRTA websites under the Transit Development Plan link. The public can visit any of the three websites:

There is an English and Spanish version available. Surveys will be accepted until the end of December.

The consultant team, NelsonNygaard Consulting Associates, is conducting a thorough analysis of existing transit operations and conditions for the TDP. In November, Nelson/Nygaard conducted on-board rider surveys to gather data from existing BARTA and RRTA customers. With all this data, the consultants will identify potential opportunities for service improvements and provide recommendations that improve mobility in the region. Once completed, the TDP will include an analysis of current and projected community characteristics, a review of existing and projected service needs and the development of service improvement proposals based on service and community needs and funding availability. The TDP is scheduled to be completed in late Spring 2018.