Power Plant Takes Over the Town 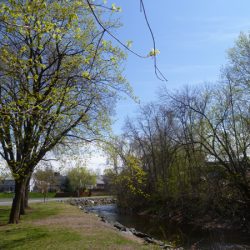 Birdsboro is a little town of about 5,000 people. This town has been an established community since 1867 when the Birdsboro Iron Foundry Company opened, which later became known as the Birdsboro Steel Company. This business is closed now and has been for many years. Some of the remaining steel stacks which are located on main street below the baseball fields, were sold. They are being knocked down and turned into a power plant.

The companies who bought them and are creating this power plant,  Tokyo Gas America Ltd. and Sojitz Corp, are in Japan. This is not fair to the residents of Birdsboro. The entire plant is too close to the residents of the town and there is a possibility of harm that can be done. This is going to decrease home value of the homes that are close to the plant but as of right now no one knows by how much. As a resident of Birdsboro who lives close to where the power plant is going to be located, I do not think the power plant should be opened.

There are known dangers of living too close to a power plant. One of the health concerns is particulate matter pollution, which causes respiratory issues. That means that any resident within a couple miles of the plant is at risk. The power plant is also going to give off more light at any time of the day and night and create more noise. This is going to be more of a disruption to the community. Families with children might have a hard time getting them to go to bed if this disruption is bright or is loud.

The power plant is not just affecting Birdsboro, it is affecting surrounding areas as well. There will be a 14-mile transmission pipe placed underground which is going to destroy wildlife. 26 bodies of water are also going to be affected by this pipe and a waterline and transmission line being placed alongside the pipe is going to disrupt even more wildlife. The most common body of water that faces possible contamination is the Schuylkill River. I have lived in Birdsboro for six years now and it breaks my heart that this power plant is coming into the town and destroying it. The town is going to be affected by the plant starting with the houses and then possibly our health – damaging lungs and causing skin problems from the chemicals that will be in the air. This alone could potentially repel people from wanting to live here.

If people start moving out of the town, who will want to live there? If there are chemical spills that happen because of the plant, it is going to ruin the land Birdsboro resides on. This could make the livable portion of Birdsboro decrease in size and is it possible that Birdsboro as a town and community could be wiped out all together except for the power plant?