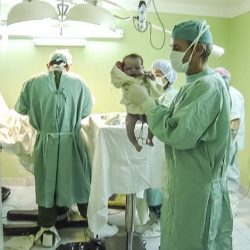 HARRISBURG, Pa. – Saturday marks the 25th anniversary of Pennsylvania’s Children’s Health Insurance Program – but without congressional action, it could be the last. Federal funding for the program that insures almost nine million children nationwide expired on October 1. But despite broad, bipartisan support, Congress still has not reauthorized CHIP. According to Joan Benso, president and CEO of Pennsylvania Partnerships for Children, the Commonwealth will run out of money for the program by February, so she says Congress needs to act now.”If they don’t get to this task quite quickly, the Department of Human Services will be forced to send notices to families telling them they’re closing the program and their children’s coverage will be terminated,” she warns. More than 178,000 children in Pennsylvania are insured by CHIP, and the program receives 89 percent of its funding from the federal government. Some states have already started notifying parents that their children may lose coverage, and for many low-income families there are few alternatives. Benso points out that the open enrollment period for health insurance in the marketplace is happening right now.”Families could enroll their kids there, but at a much higher cost than they enroll their children in the CHIP program,” she laments. She says many families simply won’t be able to afford the premiums, and others may be forced to choose between putting food on the table and buying health insurance for their children.Benso notes that without health insurance, parents often postpone taking kids to the doctor.”What ends up happening is children suffer from diseases that could have been prevented and end up in the emergency room, costing all of us as health-care consumers more money in the long term,” explains Benso. She adds that CHIP has brought the rate of uninsured children in Pennsylvania and nationwide to record lows, and she sees losing the program now as a giant step backward.