Is Life in America Harder for Black Men? 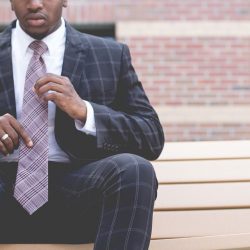 This is a question that I’ve really had to think hard about. I am a white upper-middle class American male. I am the demographic in the United States that gets pointed to for having it the easiest. I asked myself this question to find out if those claims are true, the claims that my skin color gives me access to a better life, a life that is supposedly better than my counterparts of other races.Possibly the best way to view this, in my opinion, is through statistics regarding money earned. A survey of 60,000 households by the United States Bureau of Labor Statistics found that weekly average earnings of permanent black employees were near $200 dollars less than white permanent workers. In the year 2015, African American’s earned 75% of what whites made hourly. Nearly all groups, including sex and race, earn less than white men on the basis of hourly wages. The Pew Research Center found that hourly earnings of white men were on average six dollars more than black workers’. Gaps in pay exist even when both parties are college educated as well. In instances where blacks have a bachelor’s degree, they still earn only 80% as much as white men with degrees. For the purposes of refuting/rebutting the above, once occupational differences were calculated, the racial wage gap between white and black men decreased by 20%, but a 32% decrease in earnings is still dreadful. These disparities do not stop at domestic or educational levels either. According to the Brookings Institution, “25 [cities] saw earnings for black workers decline significantly from 2009 to 2014…in… [amounts of] 20 percent or more”. Problems arise for black men not only in the employment sector, but in the criminal justice system too.Agreement between Democrat and Republican is oftentimes very difficult to find but both Hillary Clinton (D) and Rand Paul (R) have been quoted in referencing a statistic about the prison population. Clinton stated that “It’s a stark fact that the United States has less than 5 percent of the world’s population, yet we have almost 25 percent of the world’s total prison population. The numbers today are much higher than they were 30, 40 years ago despite the fact that crime is at historic lows”. Paul stated that “Though only 5 percent of the world’s population lives in the United States, it is home to 25 percent of the world’s prison population…Not only does the current overpopulated, underfunded system hurt those incarcerated, it also digs deeper into the pockets of taxpaying Americans” (Washington Post). The International Centre for Prison Studies (ICPS) noted that “the United States has the highest prison population rate in the world, 716 per 100,000 of the national population”. I first wanted to establish the number of prisoners in the U.S. before I delved into how race factors in.Black men are, as cited by the United States Department of Justice, the largest group represented demographically in the national prison population. The rising rates of black men in prison can be contributed to the harsh mandatory minimums for low-level and non-violent drug crimes and the influence of the “War on Drugs”. In 17 years, the number of incarcerated inmates for these types of offenses went through a momentous proliferation of 800%. The Drug Policy Alliance cites that the number of inmates in the U.S. in 1980 was 50,000. In 1997 that number was 400,000. New data collected by the Bureau of Justice Statistics found that this number was 1.4 million in 2015.I was first spurned to conduct research like this because, as I said previously, I really believe that there are racial inequalities present that no one wants to talk about and I thought I could shed a little light on this. As a white man, based on these statistics, I am less likely to go to jail and I am most likely going to make more money because of my skin color and (eventual) complete college education. Those conclusions scare me. For a country that considers itself the land of opportunity and the place where all men are created equal, the above honestly made me think differently.