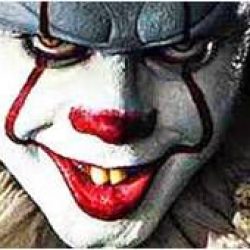 What is one of the most classic horror films to date? To me it is the movie, IT, by Stephen King. This is the movie for most people that contributes to their fear of clowns. When rumors floated around that this classic movie was being remade, it caused a buzz among horror fans. The “You’ll float too” craze hit theaters this past September.

I remember seeing the trailer on television, and becoming very excited. The trailer foreshadowed a very creepy, yet intriguing movie. I loved the original movie, and was excited to see if the new one would be just as good. When I got to the theater, a worker dressed as the main character, Pennywise the clown, was handing out red balloons. This tactic just caused more hype throughout the theater. I was so excited, I could barely contain my excitement. I was talking to my boyfriend, when I felt someone put their arm around me. I turned around quickly, and screamed. To my surprise, it was Pennywise the clown. Before the movie, he was going around scaring different people.

The lights went off, and everyone started wooing and clapping. The theater quickly became quiet. Overall, I thought the beginning of the movie was very well depicted. I was a little shocked at the children in the movie, and how much they cursed. However, I have heard many children their age talk like that. So, as shocking and sad as it is, a lot of children in today’s society do talk like that.

As the movie progressed, and they introduced Pennywise, I was very disappointed. I thought that Pennywise would be more realistic. I loved Pennywise in the first film, because he was so believable. It was scary, because Pennywise could have been anyone. The other thing that disappointed me was Pennywise’s voice. In the remake, his voice was not what I expected at all. It sounded more like Scooby-Doo. In the original it was scary, because his voice was deeper.

Overall, I thought the movie was good. Most of the horror movies made today, are not that good. They just do not have a good story line. It, had a good story line, and was well put together. However, I did not find it scary. I thought it would have been extremely scary, especially because of all the hype it was getting. Tori Foster, a student at Alvernia University said, “I thought It would have been better based off of the trailers.” I thought that it could also be more realistic. In my opinion, there was too many special effects. Do not get me wrong, special effects are awesome and can really be beneficial to a film, but there was just too many in this film. A lot of the scenes could have been better if they were more realistic. Special effects in this movie ruined some of the scenes. Alyssa Moyer, a student at Alvernia University said, “The special effects were good, but I didn’t think it was a horror movie.” When asked how she would rate the movie, Lyndsey Watterson, a student at Alvernia University said, “I would rate the movie an eight.” I agree with Lyndsey, I would rate It, an eight on a scale of one to ten.