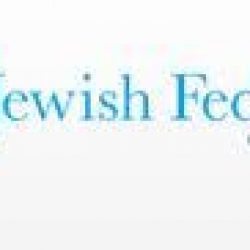 Wyomissing, PA— The Jewish Federation of Reading announces the third film of the fourth season of the Reading Jewish Film Series on Wednesday, December 13.The Reading Jewish Film Series is co-sponsored by the Rubin Educational Fund of the Jewish Federation of Reading and Fox Theatres. Admission is $5 per film. All films will be shown on Wednesday evenings at 7 pm at FOX EAST, 4350 Perkiomen Avenue, Reading PA.

The Reading Jewish Film Series 2018 continues Wednesday, December 13 with a screening of the American documentary There Are Jews Here. This film follows the untold stories of four once thriving American Jewish communities that are now barely holding on: Laredo, Butte, Latrobe and Dothan. Most American Jews live in large cities where they are free to define themselves in any way they wish. But almost invisible to most of the country are roughly one million Jews scattered across far-flung communities. For them, Jewish identity is a daily urgent challenge; if they don’t personally uphold their communities and live affirmative Jewish lives, they and their legacies could fade away forever.

Four other films will be shown as part of the The Reading Jewish Film Series. In January 2018, the Israeli drama The Women’s Balcony will be shown. Body & Soul: An American Bridge another American documentary, about the relationship between jazz music and African Americans and American Jews, will screen in March 2018. A post-film discussion will be held afterwards in conjunction with the Central Pennsylvania African American Museum. The series continues in April with American drama Fanny’s Journey, based on a true story of a young girl in war-torn Europe during World War II. The Reading Jewish Film Series 2018 concludes in May 2018 with the Italian documentary The Venice Ghetto, 500 Years of Life. A post-film discussion will be held as well as special Italian dessert reception compliments of Monte Lauro European Gourmet of Temple.