Winter fun for Parents and Grandparents during the Holiday Break 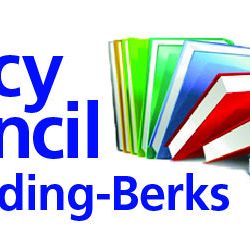 With bone-chilling winter weather, your kids and grandchildren are spending even more time indoors than usual—and likely using some of that time to play computer games and watch TV.

But the average child spends four hours per day—28 per week—on TV, DVDs and computer games, according to Jim Trelease, educator and author of “The Read-Aloud Handbook.” He says that research shows up to 10 such recreational hours a week have no impact on kids’ grades, but beyond that, grades begin to decline.

With that in mind, here are some ideas on how to use increased indoor time to improve literacy. Here are some activities to get you started.

Celebrate summer – Have an indoor picnic … indulge in ice cream or ice pops … read summer-themed books … and even wear swimsuits. It may be the middle of winter outside, but it can be the middle of summer inside.

Hold a read-a-thon – Ask everyone to select a favorite book or two. Find the most comfortable spot for everyone to gather and read. Serve an all-round favorite snack. Read aloud together for as long as you like, with older children taking their turns to read, too.

Write letters – Teach the lost art of letter writing. Get out art supplies and let the kids design their own stationery. Ask each of them to write a letter or two to a grandparent, other relative or friend. Or, write letters to each other, “mailing” them to each other’s rooms.

Write a story together – You can do this just orally, or you can write it down as well to preserve it. Have someone start by providing the first sentence of the story. Go around and around, with each person adding a sentence. The group creativity may surprise you.

Play reporter – Take 5-10 minutes to interview each other, taking notes and reporting back to the group on each person interviewed. Aim for a scoop—try to uncover something not known by everyone.

With a little creativity, families can have a lot of “smart fun” together indoors, even though they’re totally unplugged. They might as well enjoy the winter season because—to borrow a clever line used by schools and libraries—“there’s snow better time to read!”