Marvin’s Back in the Driver’s Seat 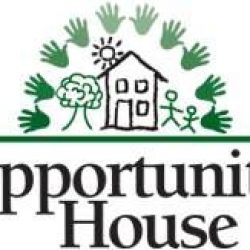 The black Chevy S-10 isn’t new, but it’s new to Marvin Sensenig, and it gets him where he wants to go. During the week, that’s to work and back home, and on weekends, to family outside the city.

He bought the 1995 pickup just weeks ago, the day before his 50th birthday. “It was my present to myself,” says the Navy veteran.

The truck also is a symbol of a life back on track. Five years ago, facing a broken relationship, unemployment, and homelessness, Marvin found himself stranded by the side of the road in his own life.

This wasn’t always the case for the Berks County native, born and raised outside Leesport. After high school, he joined the Navy, where he learned to supervise deck crews, maintain submarines, navigate huge ships. He married a girl from Reading, and in 1993, was honorably discharged from the Navy with a good conduct medal. He found work at the recycling warehouse in the Philadelphia Naval Shipyard, and when it closed in 1995, found another job as a truck mechanic in Pottsville.

But as the years passed, this steady life unraveled. After 12 years, Marvin lost his mechanic’s position. In 2012, he and his wife split. He had no job and no place to live. “I was basically out on the street up in Pottsville,” he says. “I could have moved in with family, but I didn’t want to burden them. I figured I’d just go wherever I could.”

Marvin had been volunteering at a food bank in Pottsville. A friend associated with that organization got Marvin hotel vouchers when he could, and let him crash at his place when he couldn’t. But when the friend learned that Opportunity House’s program for vets, Supportive Services for Veteran Families (SSVF), had recently opened an office in Pottsville, Marvin became SSVF’s first client in that city.

Within a few days, Marvin had a bed in our emergency shelter in Reading. “I walked from the bus terminal up to Opportunity House with two bags of clothes, that’s it.” He was assigned a caseworker, and that’s when things began to look up.

“I wasn’t ever a person to just sit around, so I started to volunteer for everything,” he says. For example, he often went along on donation runs to help the driver load furniture and other goods onto our truck and unload them at the shelter. Eventually, Marvin’s consistent helpfulness got him promoted to senior resident, and after a time moved out of the emergency shelter to a room in a supportive housing unit.

He also got in on the ground floor of our recycle and reuse program, which launched in 2013. That venture began in the basement of one of our transitional apartment units, selling books donated to the shelter online to help fund our programs and services. Marvin learned to scan books to sell on Amazon and other online merchants. By the time the business outgrew that space, our warehouse on the corner of Lemon and Chestnut Streets was up and running, crammed with the furniture, clothing, and other items that would fill our new thrift store, OppShop.

With a steady job at the warehouse, Marvin could move into his own apartment at Beacon House, our transitional housing complex on Schuylkill Avenue. He’s lived there for three years, and not for free. He pays rent.

A few months ago, Marvin was promoted to supervisor. “That felt good,” he says, especially since he was already sort of doing the job. But before he could formally accept the position, he had one final hurdle to clear.

Marvin can drive. He’d even owned a car, years ago. But when it died on him, this mechanic got around using public transportation, which suited him just fine. “So when my license needed renewed, I didn’t renew it,” he says. For years.

But a warehouse manager needs a driver’s license. “I went to the DMV, paid a few fees, they took my picture and that was it,” he says, sounding faintly surprised.

That laminated card and his truck have changed his life. Although close to his family, Marvin couldn’t visit, because there’s no public transportation where they live. “Now, every weekend, I’m driving to this cousin’s house, that cousin’s house,” he says. At this time of year, during a hard freeze, he’ll help them butcher a few pigs and make sausage and scrapple.

Most of us can’t understand how homelessness destroys a person’s sense of worth. “When you’re in a shelter, your self-esteem goes down the tubes,” says Marvin. “You don’t think you’re worth anything. But as you get back on your feet, that feeling starts to change.