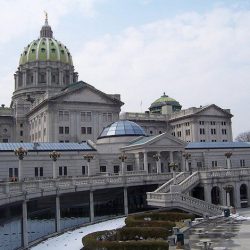 HARRISBURG, Pa. – Education advocates say bills pending in the General Assembly to create Education Savings Accounts would further defund public education in the state. Senate Bill 2 and House Bill 1717 would allow parents to pay private school tuition with public money. The stated goal is to give parents alternatives to underperforming schools. But according to Reynelle Staley, a policy attorney at the Education Law Center, the bills actually would take money from the school district where a child would have been enrolled and give it to families to pay private or religious school tuition, tutors or other educational expenses.”They incentivize more advantaged parents to flee the public education system,” says Staley, “and they take the legislature further from its constitutional obligation to support and maintain a thorough and efficient system of [public] education.”She says children enrolled for a single semester in a district where there are underperforming schools would be eligible for vouchers through 12th grade.Families that move to a better school district would continue to receive vouchers. And Staley points out that by leaving the public education system, parents also leave behind federal and state requirements for equal access to education.”For underserved communities, there are a number of specific rights that are afforded to them by going to a public school that they would lose by taking an ESA (Education Savings Account) and attending a private school,” she points out.Staley says private schools are allowed to discriminate against students based on disability, language proficiency and even religion.The state would award these vouchers based on a statewide average of education spending per student. And as Staley notes, not all districts receive the same level of funding.”As a result, districts may end up having to pay more in ESAs than they are actually receiving from the state for any individual student,” she says.The Senate Education Committee was scheduled to vote on SB 2 on Tuesday, but the bill did not advance.