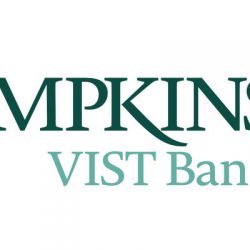 WYOMISSING, PA –  Tompkins VIST Bank has announced that Susan Belfer and Sherrie Hallowell have new positions at the company.

Belfer, of Reading, has joined the bank as vice president – business development officer and manager of the bank’s Wyomissing branch office. She is responsible for supervising staff and growing relationships by meeting the needs of small business and consumer banking customers.

Belfer is a veteran of more than 30 years in the financial services industry. She previously was with BBT bank, formerly National Penn Bank, where she rose to branch cluster manager and quality assurance officer.  She holds a bachelor of science degree from Albright College.  Active in the community, she is on the board of Big Brothers Big Sisters, where she has served as board secretary and member of the executive committee. The organization named her Volunteer of the Year in 2011. She also has volunteered with the Reading Holiday Parade, the Greater Reading Chamber of Commerce and Industry, and United Way.

Hallowell, of Wernersville, has been promoted to vice president – business development officer. In that role, she will develop relationships throughout Berks County by meeting the needs of small business and consumer banking customers.

A veteran of more than 30 years in banking, Hallowell joined Tompkins VIST Bank in 2011.  She previously worked at Berkshire Bank, where she was an assistant vice president.  Active in the community, she supports Crime Alert, HBA of Berks County, Women2Women, among other organization.