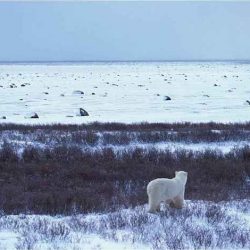 HARRISBURG, Pa. — Environmental groups say the final tax bill agreed to last week by the House and Senate Reconciliation Committee will be a disaster for the environment. There is some good news, as tax incentives for electric cars and wind power that had been eliminated in the House bill, are back in. But the Senate’s provision opening up the Arctic National Wildlife Refuge to oil drilling is in, too. Kirin Kennedy, associate legislative director for lands and wildlife at the Sierra Club, said eliminating $1 trillion or more of revenue over ten years will have a huge impact on government agencies like the Environmental Protection Agency and Interior Department.”They’re going to be basically facing massive cuts in their budgets to help pay for the tax cuts that will go toward the richest 1 percent and the top 1 percent corporations in the country,” Kennedy said.Republicans contend that environmental regulations have hindered economic development, and that selling oil leases in the Arctic National Wildlife Refuge could raise about $1 billion in revenue to offset some of the tax cuts.Kennedy is convinced that oil lease sales aren’t going to meet that goal, while the environmental and financial risks are significant.”The way the rules are written, it doesn’t quite raise that much money,” she said. “And there’s issues with the technology to be able to actually get into the refuge and drill, and they’d have to use very expensive technology that hasn’t been tested.”The Arctic National Wildlife Refuge is home to the indigenous Gwich’in people as well as endangered polar bears, herds of caribou and migratory birds. There is widespread opposition to the tax bill and the final version still needs to pass in both the House and Senate. Kennedy said she hopes lawmakers get the message that they need to realign their priorities.”Pass a tax bill that will actually create jobs and not hurt jobs,” she said; “that will help protect our air and health and water, and access to services, not get rid of them.”The Republican leadership in Congress hopes to hold a final vote on the bill this week.