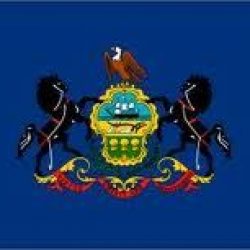 WASHINGTON, D.C. –  Pennsylvania’s Pathways to Pardons Program should be a model for other states battling the opioid abuse epidemic, according to drug policy experts who met in the nation’s capital yesterday to learn more about the program created by Lt. Gov. Mike Stack.

“The recently released report of the 2017 President’s Commission on Combating Addiction and the Opioid Epidemic explicitly recognizes that a criminal record is a barrier to employment and that employment is critical to long-term recovery,” said Gary Tennis, president of the National Alliance for Model State Drug Laws.  “Lieutenant Governor Stack has led the nation in removing barriers so that recovering individuals with old criminal records finally can become fully productive contributors to society.  This improves outcomes in Pennsylvania, and it can be part of the solution in every state.”

Pathways to Pardons brings together Board of Pardons staff with experts in corrections, addiction recovery, and parole officials to conduct community meetings across the state explaining the pardons process and helping potential applicants navigate the system.

“The pardons process can be confusing and difficult,” said Stack, who became chairman of the Board of Pardons when he took office in 2015. “It became clear immediately that we needed to create something that would help folks who couldn’t afford a lawyer to get their lives back on track.”

Stack has conducted 40 Pathways to Pardons seminars in all corners of the state, increasing the number of applicants and improving the quality of the applications.

Along with the Pathways to Pardons team, he met today with Tennis and Richard Baum, Acting Director of the Office of National Drug Control Policy in Washington to brief them on the program, its history, its benefits and its challenges.

Lt. Governor Stack and his Board of Pardons team also briefed Obama administration officials in 2016.  Tennis said his organization intends to create model Pathways to Pardons legislation for all 50 states to consider.

“We started out with an ambitious idea that we thought could help ease the crisis in Pennsylvania,” said Bill Stauffer, executive director of the Pennsylvania Recovery Organization Alliance and one of the original Pathways to Pardons contributors.  “Now we’re looking at helping people across the United States. It’s a tremendous recognition of the hard work of a lot of people.”