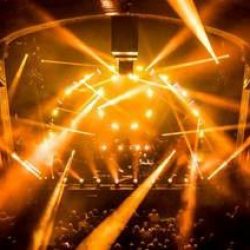 SMG Officials in Reading are excited to announce that the Santander Arena and Santander Performing Arts Center have attained a top 100 ranking in nationwide ticket sales for 2017. This ranking comes from Pollstar, a trade publication for the concert touring industry that collects data from venues and promoters after every event. Pollstar then compiles this information for its “Year-End Venue and Touring Rankings.” The Santander Arena was ranked #87 in US Arena ticket sales in the United States, up 11 spots from the previous year’s ranking. The Santander Performing Arts Center was ranked #96 in US Theater ticket sales, the building did not rank the previous year.

General Manager, David Farrar about the achievement: “Being ranked again in 2017 was great news to start the year. 2017 continued the trend of bringing top talent to Reading and it saw a lot of brand new faces through our doors,” he said. “Having multiple sell-outs in each building with artists like Eric Church, Miranda Lambert, MercyMe, Brain Candy Live & more helped contribute to our success this past year. However, the real credit falls to the constant hard work of our full-time and part-time staff who made these events so successful. We strive to make sure every patron enjoys their visit with us to ensure fans return to Reading for their entertainment each year.”

2018 is poised to be an even bigger year for the Santander Arena as it kicks off the year with a sold out concert featuring Avenged Sevenfold with special guests Breaking Benjamin and Bullet for My Valentine on January 16. In the months following, Jeff Dunham, Kevin Hart & more will pack the Santander Arena and Broadway will return to the Santander Performing Arts Center set to draw large crowds for performances of Jersey Boys, RENT, Chicago and Wizard of Oz.