The Truth about Coconut Oil: Is It Really a Miracle Oil? 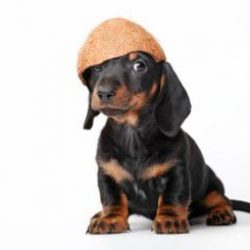 Coconut oil is all the rage nowadays! It has been touted in people for dry skin, dandruff, improves heart health, anti-inflammatory, anti-bacterial and anti-fungal, anti-cancer properties and the list goes on. While some studies in humans do show benefits, the jury is still out on just how good coconut oil is for people. Naturally, the coconut oil fad is branching out into the pet world. If it’s good for people, why not use it for pets?

Some studies have shown that it increases good cholesterol, produces Omega-6 Fatty Acids and produces an acid that has anti-bacterial properties. The problem lies chiefly in the quantity produced of these beneficial substances. In dogs, coconut oil does not produce enough of the Omega-6’s to meet the daily essential fatty acid requirement. Animals also can’t produce enough of the acid to combat bacteria, fungi and cancer.

Other significant side effects include weight gain and diarrhea. In pets that are prone to a condition called pancreatitis, coconut oil can trigger the disease due to its high saturated fat content. Also, the amount of oil needed to produce beneficial effects is likely to have a laxative effect resulting in diarrhea.

Now this sound like a lot of bubble bursting, but there may be hope yet. Some early studies, especially in rats, do show potential benefits for dry skin, wound healing, Cognitive Dysfunction (similar to Dementia and Alzheimer’s in humans), Inflammatory Bowel Disease, and Atopic Dermatitis. The truth is, there just isn’t enough concrete scientific data out there to prove that coconut oil does everything it is believed to do!

So before you dive into the jar of virgin coconut oil to cure what ails you and your beloved furry companion, talk with your physician and vet about its uses and potential pitfalls. Some take home advice: If you are looking for a good source of Essential Fatty Acids, the fish based oils are still the best. There are some great veterinary supplements available that have been studied, vetted, and proven safe for your pet.