PA Pipeline Delayed, But Its Critics Push for More 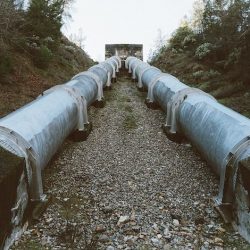 HARRISBURG, Pa. — Environmental groups are calling on the state to cancel construction of the Mariner East 2 pipeline. Last week, the Pennsylvania Department of Environmental Protection suspended the pipeline permit, saying Sunoco needs to correct what the agency termed “egregious and willful violations,” including unauthorized drilling and failure to notify the agency of discharges and spills. But Sam Rubin, Eastern Pennsylvania organizer with the group Food and Water Watch, argued suspending work on the pipeline, intended to carry shale-gas liquids across the state, isn’t enough.”What we really need is a full revocation of this permit, and a full plan to shut this pipeline down,” Rubin said. “I think it’s very easy to read this as still a plan to let this pipeline be built.”A spokesperson for Sunoco said the company is committed to protecting the environment and is confident it will be authorized to resume work on the pipeline soon.But Rubin contended the real issue isn’t adherence to the permits, but whether the pipeline is safe – an issue the permits do not address.”We have never actually seen a transparent, open and publicly accessible risk assessment to this pipeline,” he said; “even though this pipeline cuts across the entire state of Pennsylvania, directly through communities.”He added that there are 40 schools within what he calls the “blast zone” along the pipeline route. And Rubin noted that this pipeline would be carrying ethane, posing what he describes as an extreme risk in the event of a leak.”The contents are heavier than air,” he said. “Meaning that they don’t disperse, and instead form a low-lying, invisible, odorless vapor cloud – which remains explosive, under the right circumstances, down to parts per million.”He said the suspension of construction permits gives pipeline opponents an opportunity to build on their efforts to bring the project to a complete halt.