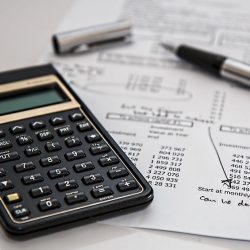 Millions of workers could overlook important federal tax benefits because they simply don’t know about them. They could miss out on an extra boost through.

Berks Community Action Program is raising awareness of these services by hosting a VITA Kickoff and EITC Press Conference on January 24, 2018 at 10:00 in their offices.  Outreach will also be done through social media and BCTV.

The EITC is a refundable tax credit available to qualifying lower-wage workers and their families. Workers earning less than about $50,000 from wages, self-employment, or farming in 2017 could qualify. Many people will qualify for the first time this year due to changes in their income, their marital status, or parental status, according to the IRS. The IRS estimates that four out of five eligible workers currently claim their EITC.

“We want to raise the number to five out of five,” Readinger said. “Thanks to our trained and certified volunteer work force, we plan on assisting more than 300 families this year.”

The CTC is available to workers with children earning more than $3,000. A qualifying child must be under age 17.

To have their taxes prepared, residents should bring income documents from all jobs worked throughout the year as well as their social security number, and a valid photo ID.

The EITC is one of the nation’s largest and most effective anti-poverty programs. In 2015, the EITC lifted an estimated 6.5 million people out of poverty, more than half of them children.

BCAP will operate its tax site at 645 Penn Street on the 3rd Floor Monday through Friday in the mornings.  All tax returns are done by appointment only.