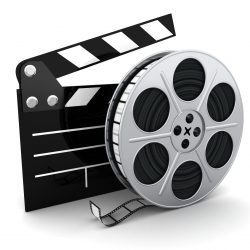 Reading, Pa. – Albright College faculty member/filmmaker Jerry Tartaglia, has been selected to present his 2017 film, Escape From Rented Island: The Lost Paradise of Jack Smith, at the 68th annual Berlin International Film Festival in February. The 10-day festival, which takes place from February 15 to 25, is a leading international platform for creative filmmakers.

Escape From Rented Island: The Lost Paradise of Jack Smith will be screened as part of the FORUM section for films that explore new forms and genres. “During the 20 years that I worked on restoring Smith’s (legendary 60s film artist) work, I had to remain painstakingly true to his vision,” says Tartaglia. “With the completion of my film, I’ve been able finally to express my own critical analysis of his work, using cinema rather than written language as the medium.”

As an experimental filmmaker, writer and archivist, Tartaglia’s work mainly explores gay identity and AIDS representations. His films have been screened at museums and festivals around the world. He founded Franklin Media Distribution, an organization which brings experimental film to the public in a home video format, and Berks Filmmakers, Inc., a nonprofit organization dedicated to the creation and exhibition of alternative film and video.