Bill Would Keep Paris Climate Accord Goals for PA 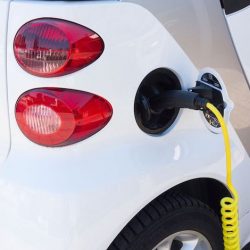 PITTSBURGH – Three state senators have introduced legislation to bring Pennsylvania into line with the carbon emission goals of the Paris Agreement. When President Donald Trump announced the United States would withdraw from the international climate accord he quipped that he represents “Pittsburgh, not Paris.” In response, the legislators – led by Sen. Jay Costa of Pittsburgh – have introduced Senate Bill 15. According to Tom Schuster, senior campaign representative with the Sierra Club, the legislation, if passed, would keep Pennsylvania in the fight against climate change. “It would essentially commit Pennsylvania to achieve the goals that were laid out in the Paris climate agreement,” he states. “So, we’d be reducing our climate-disrupting carbon pollution by 30 percent by 2025.”The Trump administration maintains emission reduction requirements hamper economic development, but environmentalists say investing in renewable energy creates jobs.And Schuster says there is a variety of ways to meet those carbon reduction goals, including the ramping up investments in clean energy and energy efficiency, and increasing the use of electric vehicles and public transit.”It can also involve steps taken by other sectors like the agricultural sector in terms of limiting the amount of carbon that is emitted through farming practices,” he adds.The legislation would direct the Department of Environmental Protection to find the most efficient and cost effective ways to meet emission reduction goals.While support for the bill among the State Senate’s Democratic leadership is significant, Republicans have not yet come on board. So Schuster stresses that voters need to make their voices heard. “Ultimately, it’s up to Pennsylvanians to demand action from their legislators, because the longer we wait to tackle it, the harder it’s going to be to address the issue,” he states.The bill has been referred to the Senate’s Environmental Resources and Energy Committee.