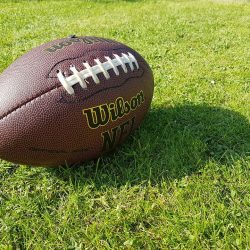 HARRISBURG – Pennsylvania Lt. Gov. Mike Stack and Rhode Island Lt. Gov. Dan McKee have agreed to terms on a Super Bowl wager that would have the loser reading a proclamation from the Capitol steps praising the winning team.

“In our work with the National Lieutenant Governor’s Association, I have come to know and respect Lieutenant Governor McKee. He is sadly hampered by unfortunate geography as a sports fan,” Stack said. “I look forward to posting his proclamation on my Instagram.”

“Lt. Governor Stack was a gracious host when my wife Susan and I visited Pennsylvania last spring. His impeccable hospitality made us feel very welcome in the Keystone State, but no amount of hospitality can influence my position on the Super Bowl,” McKee said. “Game on. May the greatest team and quarterback of all time win. Go Pats!”

If the Eagles were to lose the game, Stack would take to the Pennsylvania Capitol steps dressed in colonial garb to read a concession proclamation.  When the Eagles win McKee will dress in Eagles regalia on the Rhode Island Capitol steps in Providence, less than 25 miles from the Patriots’ home field.

Both lieutenant governors also agreed to donate to food banks in the state of the winning team.

The readings would take place sometime during the week following the game.