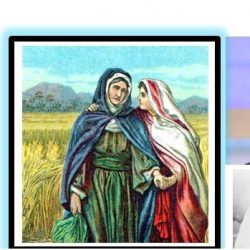 Emmert whose play “From Out the Fiery Furnace” has captivated audiences in the Delaware River Valley for more than ten years, offers this new work which promises to take the audience on a dip into the rich mix of female Jewish writers.  Everyone from the biblical Ruth to modern scribes are commenting on their faith, their fears and joys in the pens of such as Anne Frank, Gertrude Stein, Nora Ephron and others. The piece, RUTH’S DAUGHTERS, is a journey of life through literature.

Actress, playwright, and director Christine Emmert lives in Valley Forge.Her interest in women’s issueshas influenced her artistic work. In addition to her work on Hopewell Furnace, she has performed “FRAGILE FREEDOM”, a work dedicated to the struggles for women’s rights.  She has several pieces out on Kindle including – ISMENE and LILITH –  stories of women who solve their crises and a full length novel, THE NUN’S DRAGON. She won  the finalist prize for plays about endangered species presented by Jane Goodall Institute in 2016 for co-authoring a piece called Arctic Afternoon  Christine has a Masters in Humanities and taught for ten years at colleges in Colorado.  Her plays have been performed throughout the English speaking world.

During the 19th Century, women at Hopewell Furnace received equal pay for equal work.  They held many of the same jobs as men.  Bethesda  Baptist Church that is still at Hopewell Furnace was originally constructed as a meeting house where all faiths were able to worship.

While at Hopewell Furnace National Historic Site visitors are encouraged to go into the village, tour the buildings, see Hopewell’s water wheel and learn about iron making and why Hopewell Furnace is important to our nation’s history.  Open 9 a.m. to 5 p.m.; Wednesday thru Sunday, the park is located five miles south of Birdsboro, PA, off Route 345. For more information visit www.friendsofhopewellfurn.org.