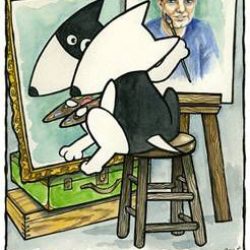 “Publicity is justly commended as a remedy for social and industrial diseases. Sunlight is said to be the best of disinfectants…” Former Supreme Court Justice Louis Brandeis made this observation and it is as correct now as it was in 1913.  People and organizations keep things hidden or secret for a variety of reasons, sometimes sinister, sometimes not.

The animal welfare community has always been notoriously secretive. Never more so than when it comes to releasing animal intake and disposition data.  Generally, the places which are the most happy to share their data with the public are the ones with the best outcomes.  This makes sense.  If you are a restricted access, “no kill” shelter that only accepts the happiest, healthiest, and most adoptable pets, why not brag about your 100% adoption rate?

Shelters which aren’t as successful rarely think it’s a good idea to share outcome data. Usually they use the excuse that “people wouldn’t understand”.  It’s a fair excuse because most people won’t and don’t understand what goes to create these numbers.  Many of these shelters will come up with clever ways around reporting hard numbers.  They will use percentages or comparisons which allow them to find the best possible comparison or avoid the weakest performing metric.  They will leave out whole populations of animals served which negatively skew the numbers.  More often than not, they just don’t report them at all.

When I started at Humane Society of Berks County 13 years ago, we were in that camp. We didn’t report our numbers out of fear.  We report them now, and they are pretty darn good, although not perfect.  But in 2004?  They were awful.  We killed about two out of every three cats and nearly half the dogs entering our shelter.  It wasn’t for lack of trying, although the effort then was clearly not up to the task.  When we decided as an organization that we were going to change those numbers for the better, being “no kill” or even achieving “no kill” save rates of 90% or more weren’t even on our radar.  It seemed like an impossibly absurd goal.

We simply tried to save more. We didn’t really say we were doing it, we just did it.  One here, ten or a hundred there.  We changed our approach, our policies, our operations, and our staff.  It ended up working.

But do you know what the very first thing we did was? We posted our raw animal intake and disposition data. Not percentages or comparisons or bar graphs with vaguely identified axis.  We listed the raw numbers.  Species, intake type and number, outcome type and number.

And it was ugly. Our board didn’t want to do it but they let the staff post the numbers on our website for all to see because we knew that we couldn’t change the outcomes if we didn’t know exactly how bad things were.  We couldn’t get the public to buy in to our changes if we weren’t honest with them.  The community couldn’t solve a problem together if it didn’t know what the problem was.  And we couldn’t expect them to just give us a pass because we said, “Trust us.”

Someone else said, “In God we trust. All others bring data.”  We shared the data.  I believe we were among the first, if not the first open door shelter that published its full raw numbers online for all to see when we started.  Since then, many more shelters have begun to do this as standard practice.  But not all.

Humane Pennsylvania, as we’ve become since then, has been a vocal supporter of mandated reporting of shelter statistics because we agree with Justice Brandeis. The sickness of unnecessary euthanasia in shelters is best rooted out through public awareness of the scale and specifics of the problem.  We’ve seen states like Virginia, which have comprehensive mandatory reporting and searchable databases, improve their statewide save rates by stunning margins over the course of a decade.  We’ve seen the pressure public reporting puts on underperforming shelters.  It becomes fair to ask the question:  Why are your numbers so much worse than others?  Then we can ask how we can change that, together.

It doesn’t matter to me what a shelter’s motivations for posting numbers may be. Whether it is because they want to brag, because they believe it is right, or because some harsh sunshine shone down and forced them to be more transparent, it’s just good to have this data out there for all to see.

There are a lot of ways to improve outcomes for animals. Arriving at “no kill” numbers is a journey of a thousand programs, services, facilities, and people.  Transparent reporting is not one of the steps to get there.  It is the first, critical step in getting there.