Why Grassroots efforts are needed to ban Conversion Therapy 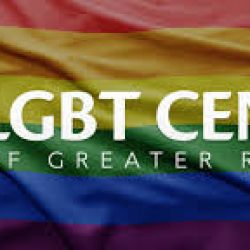 It is unfortunate that there are still licensed health care professionals who practice this debunked therapy.  Therefore, legislative efforts must be generated to deter these licensed health care professionals from using this form of quackery on LGBT youth.  The reason youth are the focus of legislation is that, many times youth are coerced by family or friends, to undergo this type of therapy.  The type of coercion that has faced some LGBT youth is go to therapy or lose your home.  That is not a choice.  One would expect the federal or state legislatures to intervene on the youth’s behalf.

The Williams Institute, UCLA School of Law, released a report in January, 2018, that estimates 57,000 LGBT youth between the ages of 13 – 17 years of age are estimated to be at risk of receiving this from of treatment in an attempt to change their sexual orientation or gender identity before the age of 18.  https://williamsinstitute.law.ucla.edu/category/research/

Since the federal government and the majority of states refuse to prevent this debunked therapy from being practiced on LGBT youth, grassroots efforts are needed to block this therapy from being preformed on LGBT youth.  Grassroots movements are not created by politicians.  Grassroots movement is created by concerned citizens who see a need to change a dangerous or wrong situation.

The Reading City Council worked with The LGBT Center of Greater Reading and the Bradbury-Sullivan LGBT Community Center of Allentown in the passage of such an ordinance.  Reading City Council had the foresight to see the need to ban this type of unethical and dangerous therapy practiced by licensed healthcare professionals.