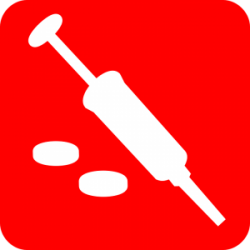 The U.S. Attorney’s Office for the Eastern District of Pennsylvania has formed an Opioid Law Enforcement Task Force to combat the serious opioid, heroin, and fentanyl crisis.  The Task Force includes federal, state, and local, law enforcement officers and prosecutors, and will be managed by the Eastern District’s Opioid Coordinator. It will be responsible for developing, implementing, and coordinating a robust prosecution response to this crisis.

The office has already assembled committees of experienced federal and state prosecutors to assist law enforcement with the prosecution of transnational criminal organizations that smuggle heroin and opioids into the United States, medical professionals who unlawfully prescribe or divert highly addictive opioids, cyber criminals who distribute heroin and illicit opioids through the dark net, and drug traffickers or persons who are criminally responsible for opioid overdose deaths.

“This isn’t a crisis any one of us can tackle alone,” said United States Attorney Louis D. Lappen.  “We have already been collaborating on these issues, but it is so critical we continue to work together in even more effective ways. This is the crisis of our time, and we need all hands on deck in an unprecedented way. As this crisis continues, it evolves and adapts. We also need to continue to evolve and adapt.”

The USAO’s Opioid Law Enforcement Task Force was created in response to the designation of the opioid epidemic as a “national health emergency” and to directives from Attorney General Jefferson B. Sessions, who has made combating the opioid epidemic a top priority for the Department of Justice. The Eastern District of Pennsylvania has had a successful record of identifying and prosecuting pill mill doctors with distribution causing death, among numerous other charges. Last year, Attorney General Sessions formed an Opioid Fraud and Abuse Detection Unit to focus on identifying and prosecuting health care fraud related to prescription opioids.