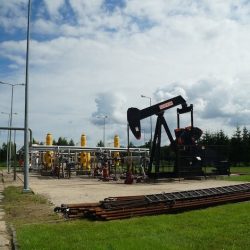 HARRISBURG, Pa. – Methane emissions from Pennsylvania oil and gas sites are much higher than the industry reports, according to a new study. Conducted by the Environmental Defense Fund, the study shows that oil and gas operation in the state emit more than 520,000 tons of methane every year from leaky, outdated and malfunctioning equipment. Andrew Williams, director of regulatory and legislative affairs with EDF calls the disparity between what’s reported and what the research has found “staggering.””Oil and gas methane emissions could be as high as five times what industry reports through the state methane and greenhouse gas reporting inventories,” says Williams.He says that’s as much near term climate pollution as 11 coal fired power plants.The state Department of Environmental Protection is now finalizing methane reduction requirements for new, unconventional facilities, which are expected to reduce emissions by about three percent. According to Williams, if the state regulations included existing unconventional sources, emissions would be 25 percent lower. He says even greater reductions could be achieved by following the lead of other states that also include conventional facilities.”You could get essentially 60 percent of the methane emissions out of the atmosphere by comprehensively regulating oil and gas methane emissions in Pennsylvania,” he says.The DEP has not made any proposal to address pollution from older, conventional wells.Williams notes the study also found emissions of volatile organic compounds, which contribute to smog and respiratory diseases like asthma, are nine times higher than reported to the state.Of the study he says, “It highlights the necessity to move forward as quickly as possible to deal with not only the methane emissions, but also the volatile organic compound emissions, which really affect communities and families across the state.” The study concludes that, without additional regulatory action by the state, more than five million tons of methane pollution could be emitted by 2025.