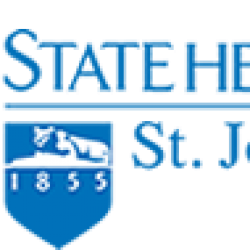 Penn State Health St. Joseph is collaborating with the Berks County Scholastic Athletic Trainers Association on a county-wide, multi-year public health training program to educate the Berks Community on the role bystanders can play in saving the lives of victims who sustain injuries that lead to uncontrolled bleeding. The launch of the initiative will be announced at an event at 10 a.m. today at Schuylkill Valley High School.

Called “Stop The Bleed,” the program will be rolled out to the county’s 18 school districts and includes a 90-minute training session for district staff, with future free training events for the public.  St. Joseph also will donate wall-mounted “Stop the Bleed” units to the more than 110 school-affiliated buildings in the Berks community over a three-year period.

Chamberlain says immediate intervention of bystanders can make the difference between life and death for a victim awaiting arrival of an ambulance.

“People who are bleeding uncontrollably can die within five minutes,” Chamberlain, a nurse, explained.

“Doctors and nurses can do some amazing work but the patient has to make it to the ER,” he said. “Members of the public who are properly trained in Stop the Bleed are really giving victims a significant chance at survival.”

Dr. Newman said that by intervening “bystanders ‘buy’ a victim time until EMS arrives.  That on scene intervention by EMS is vital because it ‘buys’ more time for victims to be transported to an Emergency Room that is a fully staffed and equipped to handle just about anything.”

“Public safety, injury and illness prevention, and early intervention are keystones to the practice of athletic training, and this campaign encompasses all three so it’s a natural fit for the members of BCSATA to be a partner in this program,” she explains.  “With Stop the Bleed we are looking to prepare our school staff and the public at large to respond to people with injuries that are often very treatable.”

The Berks County Scholastic Athletic Trainers’ Association represents all 18 Berks County school districts and is made up of Athletic Trainers (ATs) who are highly qualified, multi-skilled health care professionals who collaborate with physicians to provide preventive services, emergency care, clinical diagnosis, therapeutic intervention and rehabilitation of injuries and medical conditions.

The Stop the Bleed kits provided to the 110 buildings will be stocked and replenished with tourniquets, pressure dressings and gauze bandages, gloves, face shields, and hand sanitizer.

About Stop The Bleed:  In October 2015, the White House and the American College of Surgeons launched Stop the Bleed®, a program that provides individuals with the education and training they need to stop blood loss and save lives. The program was developed by the Hartford Consensus to Enhance Survival in Intentional Mass Casualty Events in April 2013, just a few months after the active shooter tragedy at Sandy Hook Elementary School.  Penn State Health St. Joseph is licensed by the Department of Defense to partner in the Stop the Bleed program.