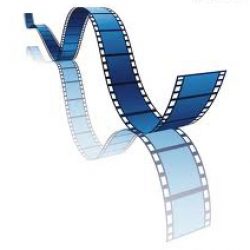 Wyomissing, PA — The Jewish Federation of Reading announces the next film of the Reading Jewish Film Series on Wednesday, March 7, with the American documentary Body & Soul: An American Bridge. The Reading Jewish Film Series is co-sponsored by the Rubin Educational Fund of the Jewish Federation of Reading and Fox Theatres. Admission is $5 per film. All films will be shown on Wednesday evenings at 7 pm at FOX EAST, 4350 Perkiomen Avenue, Reading.

Of all the cross-cultural encounters that have resulted in the richness of American popular music, none has been so prominent or so fraught with fraternity and conflict as the one between African Americans and American Jews. The documentary Body & Soul: An American Bridge aims to tease out the strands of this cultural knot by focusing on the early performance history of the jazz standard, “Body and Soul,” one of the most recorded songs in the jazz repertoire.

Tickets can be purchased at FOX EAST beginning at 6:30 pm on the day of the screening, and cash and checks are accepted.

Two other films will be shown as part of the the 2018 Reading Jewish Film Series: in April, the American drama Fanny’s Journey, based on a true story of a young girl in war-torn Europe during World War II, and in May with the Italian documentary The Venice Ghetto, 500 Years of Life. A post-film discussion will be held as well as special Italian dessert reception compliments of Monte Lauro European Gourmet of Temple.

The Jewish Federation of Reading/Berks is the planning, coordinating and fundraising arm of the Jewish community. The Federation raises and allocates funds for The Jewish Federations of North America and collective efforts in support of many vital local, national, and international Jewish organizations.