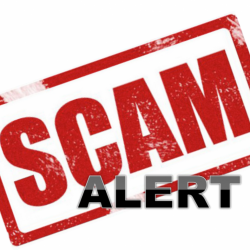 The numbers are in, the counts have been made, and the FTC announced what we heard from you during 2017. Here are some highlights:

This year’s top fraud is again Imposter Scams, with nearly 350,000 reports. Nearly 1 in 5 people who reported an imposter scam lost money – a whopping $328 million lost to someone pretending to be a loved one in trouble, a government official, tech support, or someone else who’s not who they say they are, but who wants your money.We heard from nearly 2.7 million people last year. There were fewer debt collection reports in 2017 (23% of all reports), but it’s still the top category by a wide margin, followed by identity theft (14%), which overtook imposter scams (13%) for the number two slot in 2017.For everyone who reported identity theft, credit card fraud tops the list, and continues to grow. Reports of tax fraud are down 46%, but it was still reported by nearly 63,000 people.Of the more than 1.1 million people who reported fraud, 21% told us they lost a total of more than $905 million. That’s an increase of $63 million from 2016.People reported that scammers mostly contacted them by phone, and they mostly paid for frauds – once again – by wire transfer. But check out the $74 million in losses on credit cards, which are charges that could potentially be disputed and recovered, if done in time.Median losses tell an interesting story: for all fraud reports in 2017, the median loss was $429. Compare that to a $500 median loss to imposters, a $720 median fraud loss to scams that come in by phone, a $1,710 median loss related to travel, vacations and timeshares. Among military consumers, median losses were higher than the general population — $619.More younger people reported losing money to fraud than older people – but when people aged 70 and older had a loss, it was a much higher median loss than other groups.And, based on reports per 100,000 population, the top states for fraud reports were Florida, Georgia and Nevada. For identity theft, it’s Michigan, Florida and California.

Have you spotted any scams? If so, tell the FTC!