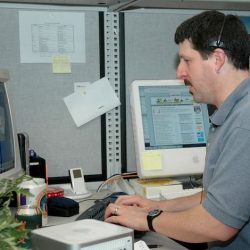 HARRISBURG, Pa. – A bill in the General Assembly could help thousands of Pennsylvania grandparents who are raising their children’s children. Fueled in part by the opioid epidemic, some 82,000 grandparents care for more than 89,000 grandchildren in the Keystone State. Foster parents receive support services from county Children and Youth Agencies, but those providing what’s known as “kinship care” – outside the formal, foster-care system – have similar needs and often can’t access those services. Joan Benso, the executive director of Pennsylvania Partnerships for Children, says that’s where House Bill 2133 would help – by creating a kinship caregiver navigator program.”It would help grandparents and other kin understand their legal rights, how to help a child get the health-care and education services they need, and where there might be health and human services supports to help them meet their grandchildren’s needs,” she explains. Several states, including neighboring New York and New Jersey, have created similar kinship-care programs.Benso points out that being removed from their biological parent’s home can be stressful for a child, but living with a relative or someone they know can mitigate that trauma.”Research tells us that children who are placed in informal kinship care are less likely to end up in foster care, in the formal system,” she adds. “So, that’s a very positive outcome for the child as well.”She adds that foster-care placement in Pennsylvania costs about $25,000 a year, with the state paying 60 percent of that cost.While creating the program would involve some initial costs, Benso thinks both the children and the Commonwealth would benefit.”Even if just a handful of those 89,000 children avoid foster-care placement, the state is likely to save money by doing this in the long term,” she adds. She notes that the bill has bipartisan support, with 25 cosponsors in the House, and there is interest in advancing it in the state Senate as well.