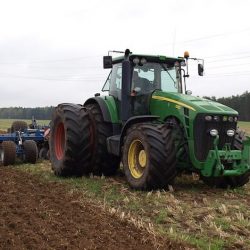 HARRISBURG, Pa. – Environmental groups say a bill now in Congress could reverse damage caused by the 10-year-old Renewable Fuel Standard. Critics of the biofuel mandate say that since its passage in 2007, it has resulted in massive loss of wildlife habitat, strains on water resources and increased climate pollution. According to Collin O’Mara, President and CEO of the National Wildlife Federation, the new bill would cap ethanol in gasoline at under 10 percent and invest more than $10 billion in the restoration of habitat lost to the conversion of land to corn and soybean production for ethanol and biodiesel. “The Greener Fuels Act would move America towards a significantly cleaner and more sustainable biofuel system, he explains. “It’s a home run for wildlife, it’s a home run for water quality, it’s a home run for public health.”Supporters of the Renewable Fuel Standard say the new bill would undermine some of its environmental benefits. But former federal environmental protection specialist Lori Kolenda points out that the GREENER Fuels Act would enforce protections that are supposed to prevent converted land from qualifying as a source for biofuel material. She says it’s help Pennsylvania really needs.”We have such a small percentage of land that can be used for wildlife now,” she laments. “And using it for a crop such as corn is not productive for ecoregions and habitats that we need to protect.”The bill would also eliminate a loophole that allows older biofuel plants to skirt climate pollution standards. O’Mara says the GREENER Fuels Act would not only reverse damage caused by the biofuel mandate, it would shift the focus to truly low-carbon, environmentally beneficial fuels.”We shouldn’t have to choose between healthy wildlife populations and healthy water bodies and cleaner fuels,” he says. “We can do both.”