A Lille Jazz Mass at the Abe Lincoln Ballroom 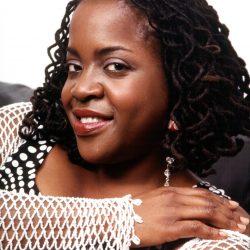 Under the direction of RCS Music Director, Dr. Graham Bier,Reading Choral Society will be singing Bob Chilcott’s A Lille Jazz Mass at the Abe Lincoln Ballroom on April 8 at 4pm

Carla Cook, a Jazz Singer from New York city, will be the featured soloist at this concert(Bio is on separate page). A Jazz Trio, consisting of Mary Bishop on Keyboard, Larry Marshall on Drum and  Rob Swanson on Bass, will be accompanying Carla and the Reading Choral Society. Carla will also be singing several jazz selections during the concert.  The Reading Choral Society Chamber Choir will be featured in several songs at this concert.

Founded in 1875, the Reading Choral Society is one of America’s oldest musical ensembles, and from its earliest days has pursued performances characterized by vocal excellence and musical distinction. Under its current music director, Graham Bier (the twelfth person to hold this position), the Reading Choral Society continues to evolve and change.  Its educational   programs   now   encompass   regular   performances   with

invited local high school and college choirs. While continuing the tradition of programming master choral works, the Society has expanded its repertory to include the more frequent performance and commissioning of new music and the exploration of more “popular” literature, like folksongs, spirituals, and musical theater.

The Reading Choral Society is comprised now, as it has always been, of dedicated semi- professional singers from all walks of life with no minimum or maximum age.  Determined to present the highest caliber musical performances possible, the Society rehearses weekly in a professional atmosphere, fulfilling the lives of its members by immersing them in great music, and through RCS performances enriching and enlivening the musical life of the greater Reading community.

There’s a reason for that: Cook has been influenced by the jazz vocal masters, but equally influenced by phenomenal instrumentalists, like Miles Davis, Wes Montgomery and The Crusaders. The Detroit native also finds inspiration in R&B, Motown, pop, gospel and country. In fact, she has put her unique phrasing on everything from Marvin Gaye’s “Inner City Blues” to Bobbie Gentry’s “Ode to Billie Joe” to Neil Young’s  “Heart of Gold”.

As a result, Cook has an improvisational style that’s steeped in the swing tradition yet eclectic, and brimming with fresh interpretations. “Although I’ve been influenced by all the masters, I’ve been maturing into my own sound, “says Cook. “Today, I sound exactly like me.”

That sound is a warm contralto with a remarkably wide range of colors; known for her interpretive gifts, Cook can sing in a hefty, bluesy timbre, reach crystal clear high notes, then scat with sure-footed richness; and she does it all with an acute sense of rhythm and timing. As a result, says jazz critic John Murph of The Washington Post. “She has sass that enlivens her impeccable diction, and tremendous soul that lets her swagger with gutbucket finesse, but it’s all buttressed with sparkling optimism and innocence.”

Her remarkable voice has earned Cook a Grammy nomination for her debut album, It’s All About Love, and widespread critical acclaim for her two subsequent recordings, Dem Bones, (“an intoxicating album that is as adventurous as it is accessible”) and Simply Natural (“she remains delightfully free of artifice or affectation”), which solidified her reputation as a songwriter as well as a singer.

And in an extraordinary career, Cook has performed or recorded as a guest artist with such luminaries as the Count Basie Orchestra and Lionel Hampton’s Big Band (she was the last of a long line of esteemed featured vocalists who performed with him before his death). She originated the lead vocal role for Wynton Marsalis’ Jazz at Lincoln Center Orchestra’s The Cotton Club Parade at City Center. (The role was later performed with various vocalists for the Broadway production, renamed After Midnight). And in 2011, she was the featured vocalist with the world –renowned Jazz Sinfonica, an 82-piece orchestra performing in Sao Paulo, Brazil.

In addition to her performing career, Cook is proud of her work as an educator. She has taught master classes at numerous universities and jazz camps in Australia and the U.S. for teens and adults. And since 2007, she has taught jazz voice and ensemble at Temple University in Philadelphia. For several years, the Carla Cook Quintet has offered master classes through The Rhythm Exchange, an interactive Jazz Education Program she created for secondary students in schools throughout the U.S.

In 2016, Cook was named Artist-In-Residence for the Robert S. Duncanson Society in

Cincinnati, OH, where she provided educational programming and performances for students of all ages as well as the general public. In 2017 she joined the faculty of Pratt Institute in

Brooklyn, NY for a special Residency teaching “Jazz: A Journey in Progress” to graduate students of Performance Studies.

“I’ve been able to strike a balance between performance and education and a variety of different collaborations,” says Cook. “I think it’s really important that we pass this on. It’s American classical music, and so it excites me when I see young people interested and excited about it, and wanting to pursue it as I did when I was young.”

Indeed, Cook was introduced to the music at a young age in her native Detroit. Growing up, she sang in the Methodist Church, but also enjoyed a range of musical styles – from European classical to rock to the blues. During her formative years, Cook studied privately voice, piano and string bass, the latter of when she played in the orchestra at Detroit’s esteemed Cass Technical High School. Cook attended Boston’s Northeastern University and

earned a degree in Speech Communication. While in Boston, she formed the first of several jazz ensembles. She moved to New York in 1990, where she began performing regularly on the jazz scene; in the ensuing years, in a career spanning more than two decades, she has performed in concert halls and nightclubs and jazz festivals throughout the U.S. and Europe, Russia, Central Asia, Canada, Brazil, The United Arab Emirates, and Australia.

Always open to new experiences, Cooks looks forward to the next big thing – from solo recording to collaboration to performing to more teaching opportunities. For her, it’s all about telling stories, and that’s what she loves about a life in jazz.

“I love that it allows me to improvise,” says Cook. “I love the freedom of the music. I love that it’s so broad, with all its different influences by some amazing people that started off creating and defining this music. I feel honored to be part of the story.”