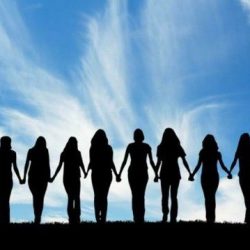 Safe Berks Cordially Invites You to the opening of “Los Retratos de mi Voz” (The Pictures of my Voice), a Photo Voice Project, Friday April 6, 5:30-7:30 p.m. at the GoggleWorks Center for the Arts, in the Main Lobby.

This exhibit includes 24 powerful images created by Latina survivors of sexual  violence. These artists used photography to capture and convey images about their individual experiences, and their community’s needs and strengths. This exhibit celebrates survival, healing, courage and self-expression.

Safe Berks welcomes general coverage of this exhibit. However, due to the sensitive nature of this topic, and concerns with confidentiality and safety, Safe Berks asks that the media not include any individual names of artists, unless that artist speaks to you directly and grants permission to include their name.

Photos will be on display in the GoggleWorks through April 28. This event is offered during April, in recognition of Sexual Assault Awareness Month.

Eight Latina women participated in the Photo Voice Project. They each received a digital camera, as well as photography instruction from Danielle Reardon, a professional photographer. They created photographs to express their struggles and their survival, and each chose three photos to exhibit.

In addition to the photography, the Photo Voice Project included weekly group meetings, facilitated by Safe Berks staff members including Mereliss Colon Ortiz, Director of Residential Services, and Aleida Rodriguez, Assistant Director of Residential Services, and Letty Vázquez-Pena and Nicole Avila, both Counselor/Advocates. During the meetings, the women shared their experiences and bonded with other Latina survivors. “It became a sisterhood,” said Mereliss Colon Ortiz. “They realized they were not alone.”

The Photo Voice Project was funded in 2016 by a grant of $34,631 from Raliance, a collaborative initiative dedicated to ending sexual violence in one generation.

The goal of the project is to improve Safe Berks services for Latina survivors, starting with a community needs assessment. The grant funded a survey of Berks County Latina women about their life experiences, including with sexual violence,

“Safe Berks has consistently looked for ways to better serve sexual assault and domestic violence survivors in our large and still-growing Latino community,” said Gilfillan. “Internationally, Photo Voice has been shown to amplify and legitimize the voices of people whose voices are typically not heard. The survivors who participated in Los Retratos de mi Voz expressed an outpouring of positive feedback about the experience, and its impact on their processes of healing and empowerment.”

Safe Berks, formerly Berks Women in Crisis, was founded in 1976. Our services include a Safe House for adults and children who are in danger, a 24-hour Hotline, individual and group counseling, legal services and advocacy, and educational programs. Our services are free, confidential, and available in English and Spanish.