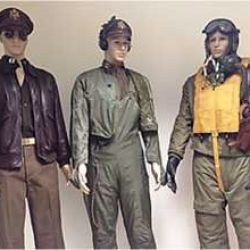 Boyertown’s own General Carl Spaatz, the first Chief of Staff of the United States Air Force, is “coming home” with the establishment of the new General Carl Spaatz Regional USAAC Museum in Boyertown to highlight his remarkable career and honor his legacy.

Carl Andrew Spaatz (1891-1974) was born, raised and graduated from high school in Boyertown. After his education at West Point, he began his aviation career with the U.S. Signal Corps (later U.S. Army Air Corps). Not only did he command the Air Forces in both Theaters during WWII, Supreme Commander and future President Dwight D Eisenhower would proclaim Spaatz as one of the two American Generals who contributed the most to victory in Europe.

The museum will develop a living and vibrant memorial to all those who have served in the US Air Forces in defense of our freedom. And to those who supported the effort on the Home Front. It will also benefit the resurgence and economic development of Boyertown by drawing visitors from across the nation.

The museum will display authentic aviation artifacts from WWII. But it will also feature interactive displays and unique hands-on exhibits to engage the visitor physically and emotionally. Added emphasis will be given to “historical immersion” of younger people by providing an inspiring “being there” experience.

The museum is being created and funded by a non-profit Pennsylvania corporation in cooperation with the Boyertown Library and the Boyertown Museum of Historic Vehicles. Public support and tax-deductible donations are encouraged and appreciated.

The media and the public are invited to a special Kickoff Event on Saturday,