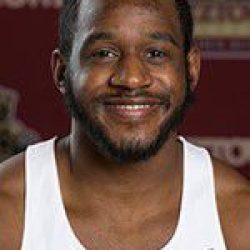 KUTZTOWN, Pa. – During the spring semester, Kutztown University will feature a variety of student-athletes in order to get an inside look on their everyday lives. Articles will not only focus on their athletic performance, but what they do outside of competition. This week’s feature is junior Dontez Jolly from the men’s track and field team.

Dontez always take pride in what he does, whether it’s in the classroom or on the track. He has earned four Dean’s List honors and is a two-time PSAC Scholar-Athlete. In addition, he was awarded the D2ADA Academic Achievement Award during the 2016-17 season. During the 2018 indoor season, he placed 13th in the 400m and fourth in the 4x400m at the PSAC Championships.

What is your favorite memory since you’ve been here at KU?

“My favorite memory was outdoor my freshman year. We went to Moravian for a meet and that’s when the running man challenge was really big. I remember they played the song in the stadium and every other team they had 1-2 people doing it, but then you look at us and our whole team was doing it. I think that’s what sets us apart from every other school and that’s when I realized we have a really cool squad.”

What’s your major? What does your dream job look like?

Professional Writing. “I have a lot of dreams and aspirations, but ultimately I want to write screen plays and work with films. I think wanting to be a director would have to be included in that, I would love to win an Oscar and a Golden Globe. Even making music for my movies.”

What do you like to do outside of Track?

“I like to work on my screen play that I am writing now. I also like to hang out with friends too and make memories that way. I love watching movies: Creed, Pursuit of Happiness, and the Greatest Game Ever Played. I could watch all of those movies every day if I wanted to.”

Track is not only an individual sport, but a team sport as well, how does your team set goals and compete as a team?

“We set goals by holding each other to a high standard. We always want each other to give the max effort, whether it be in practice or the weight room. Especially at meets, we are always cheering each other on. For example in the 4×4 relays, when you have other people depending on you to do your part, I think that’s when the team aspect really comes in. That, and also seeing people, like Caleb, running around trying to cheer people on after their event; that’s something that Kutztown really prides ourselves on. I think that’s something that’s really important and a lot of schools don’t do that, and that is something we really establish here.”

As a Scholar-Athlete and a member of the Dean’s List, how do you balance both academics and athletics?

“The way my parents raised me is that school is important. So for me, school has always been school, so it’s not like I struggle trying to get work done, it’s mandatory. Sometimes I find myself staying up until 2 a.m., but it’s just something that you have to do when you have a lot on your plate. You have to work through and deal with it.”

Who is your biggest inspiration?

“I would have to say my parents, especially my mom. The older you get, the more you realize just how much they do for you, and if they can do all of that and encourage you, you don’t want to let them down. I always see my mom doing so many different things: she teaches, does parenting classes, tutors, and works. She always loves what she does. One thing she taught me is when you put your name on something that’s yours, and you have to really make it look good and give it your all.

What do you believe your greatest improvement has been?

“It’s not a generic answer, but I’d have to go socially; I was really shy in high school and ever since I came to college I’ve branched out. Now I give people that opportunity to get to know the real me, that’s something that has changed my life forever. Now I get to walk through Keystone and see people I know, just from me talking to them and coming out of shell to introduce myself.”

Do you have any pre-meet superstitions?

“No, I wish I did. I just go with the flow. But my friend CJ always wants me to hold his blocks, all the time. He says that I’m his good luck charm and I take pride in that.”

Who is your favorite professional athlete and why?

“I’d have to go with Steph Curry. He just changed the game like crazy. I didn’t even know about him until he was in the Final Four and my dad was telling that I had to watch him. I gravitated towards liking him as an athlete because he put scriptures on his sneakers; no matter how big the stage is, he’s still giving God all of the credit and I respect that.”

How did you get involved in Track?

“One day I was at basketball practice in high school and the track coach came in. My friend had already committed to running track for him, so he was talking to the coach. My friend told me I should come out for track, and the coach looked at me and asked if I could run fast; I said that I could. I ended up running for him and he was one of the best coaches that I have ever had. He was always supportive and was the kind of coach that made you want to be at practice every single day.”