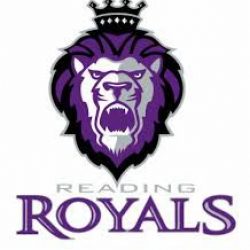 Reading, PA – The Reading Royals are pleased to announce Joe Bahling has been named the team’s Director of Corporate Sales and Sponsorships. Mark Wallace has also accepted a position with S.M.G. as the General Manager of Santander Arena and the Santander Performing Arts Center.

“We are thrilled to have Joe join our team and Mark stay close to the Royals,” said Royals Chief Operating Officer Ray Melcher. “Mark is a key reason why the Royals have been successful during his 11 years with the club. Joe has proven experience developing sponsorship relationships in central Pennsylvania. This is a win for the Royals and Santander Arena.”

“I’d like to thank Mr. Gulati, Mr. Melcher, Mark Wallace and John Senick for this tremendous opportunity,” said Bahling. “I am very thankful and excited for this chance to apply the knowledge and skills I’ve learned for the Royals. I have a vast business knowledge in the field of sales and a passion for building long-term relationships to create strong business partnerships.”

Bahling joins the Royals after spending the last four years with the Glen-Gery Corporation, based in Wyomissing, as District Sales Manager of Hardscapes. Bahling was directly responsible for selling building and outdoor-living products to the eastern Pennsylvania region. Prior to that, Bahling worked at Techo-Bloc for 8.5 years as a Regional Account Representative for the Mid-Atlantic Region.

The 40-year-old grew up in the Poconos and was a four-year starting offensive lineman for East Stroudsburg University (class of ’01). He was the team captain in his senior season and played professionally in Italy as an offensive and defensive lineman in 2001 for the European Federation of American Football. Bahling attended Stroudsburg High School and graduated in 1996.

Bahling lives in Lancaster with his wife, Cristina, and three children, Luke (8), Nina (6) and Cooper (5). In his free time, Bahling enjoys golfing and coaching youth baseball and football in Lancaster.