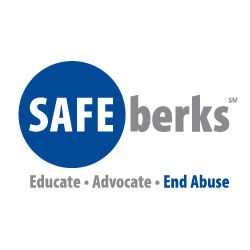 The staff of Safe Berks congratulates Christine Gilfillan, Chief Operating Officer, for being chosen as the new Director of Domestic Violence Services (DVS) of Lancaster County. Gilfillan’s last day at Safe Berks will be May 18, 2018, and she will begin her new position in late May.

In 2001, Gilfillan joined the staff of Safe Berks, then Berks Women in Crisis, as Director of Education & Community Outreach, a position she held through 2013. In 2007, she worked with a group of community leaders to create Camp Peace Works, now titled Camp Safe Berks. She also supervised training of staff and volunteers.

From 2013 to 2016, Gilfillan served as Associate Director. In January 2017, she was named Chief Operating Officer of Safe Berks. In that role, Gilfillan supervised residential services, counseling, and education and community outreach programs. She has served on many community councils, including the Domestic Violence Task Forces at both local hospitals. She also provided grant writing and grant administration services. In 2013, she received the Pennsylvania Commission on Crime and Delinquency’s Governor’s Victim Services Pathfinder Award for Prevention Education and Outreach.

“I want to thank Christine for her many years of dedicated service and her commitment to survivors,” said Mary Kay Bernosky, Esq., Safe Berks CEO. “She has helped build Safe Berks through her work in prevention education, staff and volunteer training, and community outreach. While she will be truly missed, we congratulate her on her new challenge and look forward to working with her as part of the regional network of agencies dedicated to ending domestic violence.”

Gilfillan began her service to Berks Women in Crisis in 1986 as a volunteer. From 1986 through 2001, she provided direct service to clients and assisted with fundraising. During those years she also served as owner and operator of Flowers by VanMeter, Inc., West Reading.

She will succeed Donna “Bonnie” Glover, who was a founder of DVS 42 years ago and has lead the organization throughout that time. DVS is operated by the Community Action Partnership (CAP) of Lancaster County.

“I am very excited to take on this leadership role at DVS of Lancaster County, because I am committed to ending domestic violence,” said Gilfillan. “I look forward to working with everyone at DVS and CAP and to becoming part of the Lancaster County community.”

“It has been a privilege to be part of the evolution of Safe Berks, and to be a part of the Berks County community,” said Gilfillan. “My colleagues at Safe Berks are highly trained experts who are passionate about ending domestic violence and sexual assault. This work is meaningful because we are part of a movement for peace. We also truly care about each person’s story, and trust their ability to transform their own lives when given fair access to resources and support.”

Mary Kay Bernosky is the contact for any member of the community who formerly worked with Gilfillan. Contact info for Bernosky is: 610-373-1206 or [email protected].

Safe Berks provides services to survivors of domestic violence and sexual assault. Services include a Safe House for adults and children who are in danger, a 24-hour Hotline, individual and group counseling, legal services and advocacy, and educational programs.