Board of Pardons to Hold More Than 100 Hearings in June 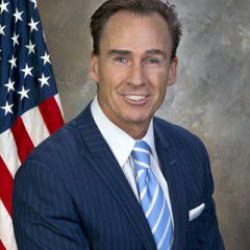 HARRISBURG – The Pennsylvania Board of Pardons will hold more than 100 individual hearings, including three to consider commutation of life sentences, during an unusual three-day session in June, Lt. Gov. Mike Stack announced this week.

The hearings were granted by the board during a lengthy Merit Review session on May 10.

“The board and its staff are working extremely hard to review as many cases as they can, as thoroughly and quickly as they can,” Stack said. “The pardons process has become a valuable recovery tool in fighting the opiod epidemic as well as a critical part of reforming our criminal justice system.”

The board typically holds two days of hearings quarterly.  The June session will be held over three days to accommodate the increased number of hearings.

At the Merit Review, the board voted on 158 cases. Of those, 89 applicants who were granted a public hearing along with 12 cases that were continued from prior sessions.The board will also consider commutation applications from three inmates serving life sentences.

William H. Smith, an inmate at SCI Graterford, has been awarded a new public hearing after being denied commutation in a 4-1 vote in December.  He is serving a life sentence for a 1968 robbery in Philadelphia during which an accomplice shot and killed the business owner.

Also being considered for commutation are:

All three commutation applicants will be interviewed in person by the board at SCI Camp Hill on June 27, followed by public hearings the following day in the State Capitol.  Public hearings will be held June 27, 28 and 29 in the Capitol’s Supreme Court Chamber.   Morning sessions begin at 9 a.m. followed by afternoon sessions at 1 p.m..