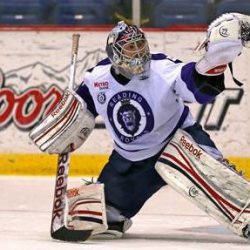 Grubauer played for the Royals in 2012-13. This season for Washington, he appeared in 35 regular season games (15-10-3 record, 2.35 GAA, .923 sv.%) and a pair of playoff contests. This Stanley Cup Final featured the first-ever matchup of former Royals players; Vegas defenseman Deryk Engelland skated for the Royals in 2006-07.