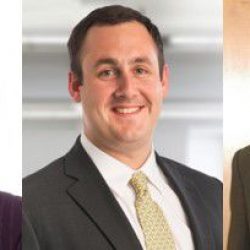 John Coakley is the Vice President of Operations for Klein Transportation. He is an experienced transportation manager and a highly motivated person that expects much from himself first and then from others. John strives to support the company and its goals and to make clear to their customers and employees that they are the best choice in group transportation. He believes that staff motivation and excitement about the company’s products and services is imperative to achieve greater and greater successes within the industry.

In addition, the safety of our nation’s passenger transportation industry is a chief concern for John. He is interested in expanding his horizons in whatever ways he can each day to support the goal of becoming a safety asset to whatever groups he is a part of. As the vice president (VP) of operations at Klein Transportation, John is keenly aware of the company direction, planning, and strategy for the organization. He oversees the managers as they carry out the plan, measure the results of the strategy, and report them to the Senior Vice President and company President.

Timothy Malloy joined Barley Snyder’s Reading office in 2014 and has expanded his practice in a short time to tax, business, securities, and finance and creditors’ rights. A Berks County native, Tim received his law degree from the Duquesne University School of Law after receiving his undergraduate degree from Penn State. He also has a masters of law from Georgetown University in taxation. Tim and his wife Elisa have a son Tanner, 3, and daughter, Logan, 1. The family lives in Wyomissing.

Steven Schell enjoyed a 42 year career at Schuylkill Valley High School. He began his tenure as a teacher then became an Assistant Principal, Principal, Director of Athletic and Non-Athletic Extra Curricular Activities and finally served as the High School Academic Enrichment Coordinator (Gifted Program). Steve received his BS in Health Physical Education and Kinesiology from Penn State University, his MEd in Health Physical Education from West Chester University and his PA Secondary Principal’s Certification from The University of Pennsylvania.

In addition to his academic career at the high school Steve was also very involved as a coach and mentor to the students. He served as a coach for football, wrestling and track and field. He also served as an advisor for the junior and senior class, the science Olympiad, the academic challenge and for the FBLA (Future Business Leaders of America). Steve is an Alum of Camp Conrad Weiser and was previously a board member acting as both Treasurer and President. In addition to his time as a camper Steve also attended the International Camper Exchange Program trip to England as both a camper and a leader, as well as working as a Counselor and the Riding Master.

The South Mountain YMCA Camps congratulate these new board members on their nomination and election.