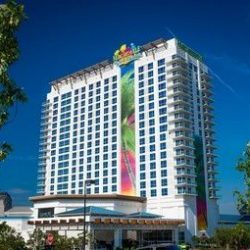 Wyomissing-based Penn National Gaming Inc. announced Tuesday it entered into an agreement to acquire the operations of Margaritaville Resort Casino in Bossier City, La. for $115 million.

Penn National will enter into a lease agreement with VCI Properties Inc. in New York to operate the casino.

VCI, which owns 20 other gaming facilities, announced it will acquire Margaritaville’s land and real estate assets for $261 million.

Penn National’s lease will have an initial annual rent of $23 million and an initial term of 15 years, with four 5-year renewal options.

“We are pleased to partner with VCI Properties Inc. to structure this tuck-in acquisition with Bossier City’s newest casino resort, which is consistent with our criteria for transactions that are accretive to free cash flow, strategically diversify our revenue and operating base and present well-defined paths to the realization of significant synergies,” Timothy J. Wilmott, CEO of Penn National, said in a statement.

The deal is expected to close in the second half of 2018, pending approval from the Louisiana Gaming Control Board.

It has a pending $2.8 billion merger with Pinnacle Entertainment of Las Vegas, which owns Boomtown Casino and Hotel in Bossier City. In April, Penn National acquired the rights to its second mini-casino license in Pennsylvania.