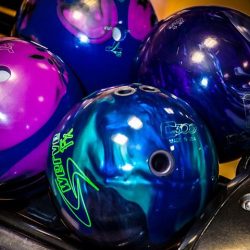 The Commissioner’s Honor Roll is awarded to student-athletes who receive a 3.25 or better cumulative grade point average.

Aptaker graduates as a three-time ECC Commissioner’s Honor Roll student-athlete. She is a four-time Academic All-NTCA honoree, a six-time Dean’s List student, a four-time Pennsylvania State Athletic Conference (PSAC) Scholar-Athlete and a D2ADA Academic Achievement Award winner. On the lanes, she ended her senior season with a 15.717 frame average in 34 total appearances, making 21 starts for KU.

Delp earned Dean’s List honors both semesters of her freshman season. She was also honored as a PSAC Scholar-Athlete and an Academic All-NTCA honoree. On the lanes, she was a four-time ECC Rookie of the Week and ranked third on the team with an 18.107 frame average in 110 appearances, making 105 starts.

Luzzi has earned Dean’s List honors in all four of her collegiate semesters and is a two-time ECC Commissioner’s Honor Roll and Academic All-NTCA selection. She is a two-time PSAC Scholar-Athlete and was the recipient of this year’s Coaches Award for the KU bowling team. She finished her sophomore campaign with a career-high 16.386 frame average in 63 appearances, making 55 starts.

Trievel enters her senior year in 2018 and has earned three Academic All-NTCA awards and Dean’s List honors in 5-of-6 semesters. She is a three-time PSAC Scholar-Athlete, three-time ECC Commissioner’s Honor Roll student and a D2ADA Academic Achievement Award recipient. She is a member of the KU honors program and will be a team captain this upcoming season. On the lanes, she ended her junior season fourth on KU with a 17.597 frame average, starting in 88 of her 96 appearances.