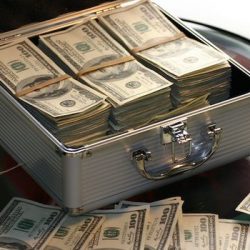 HARRISBURG, Pa. – Since 1973, almost 46 percent of overall income growth in Pennsylvania has gone to the top one percent of earners, according to a new report. The report, entitled “The New Gilded Age”, looks at the income gap in every county in every state. It found that Pennsylvania ranks as the 14th most unequal state in the nation.

According to Mark Price, a labor economist at the Keystone Research Center and co-author of the report, over the past 45 years, income has grown nine times faster for Pennsylvania’s top one-percent than the average income for the bottom 99-percent – a fact he attributes largely to sharply reduced federal and state taxes on the rich, the decline of labor unions, and failure to raise the minimum wage.

“All of these are things that have contributed, I think, to pretty meager growth in incomes for most of us, and very rapid growth for folks at the very top,” he explains.

But according to Price, the data shows economic policies that encourage income growth for those in lower income brackets has the greatest positive effect on the economy as a whole.

The top one-percent in Pennsylvania takes home at least $388,000 a year and averages more than a million dollars in annual income.

The wealth gap varies across the state with the greatest divide near urban areas such as Philadelphia and Pittsburgh. Price adds that the gap still is growing, and that could spell trouble for the future.

He says federal and state policymakers should make raising income for working people and reining in corporate profit a top priority.