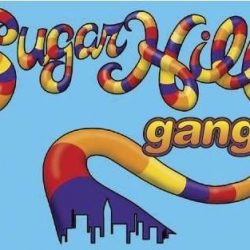 The free Downtown Alive concert series has already delivered some wonderful performances to Reading this year, and the next show should be no exception.

Local rapper Nova will open for The Sugarhill Gang at 5 p.m. on Wednesday, August 15 in the 500 block of Penn Street in Reading. The Sugarhill Gang’s hit “Rapper’s Delight” was the first rap single to become a Top 40 hit on the Billboard Hot 100.

For information on this show and the entire series, click here.

In addition to beer, wine and food available for purchase, there will now also be free water available to concert-goers. The city and the Reading Area Water Authority have repaired the historic 1904 water fountain at Fifth and Penn streets. The fountain had been in disrepair for decades. This concert would be a great time for you to visit the fountain and try it out! Mayor Wally Scott told the Reading Eagle that he wanted the fountain in working order again because of “all the things going on downtown.”

Each concert will feature a festival atmosphere and include food trucks, beer and wine for sale. All shows will be held in the 500 block of Penn Street and start at 5 p.m.