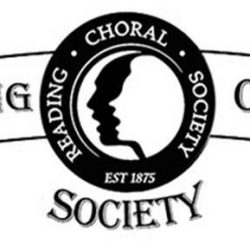 I thought I was going to a concert. The Reading Choral Society ad announced a program of dramatic choruses of opera presented by Elizabeth Braden from Opera Philadelphia. Dazed and numb after losing a dear friend to cancer, I decided to attend the performance. After all, I had nothing better to do. To my surprise, upon arrival I was handed a sheaf of music. Odd, I mused, taking a seat towards the rear of the auditorium. I didn’t get to stay there long. Braden began efficiently arranging the audience in sections — soprano, alto, tenor, bass. Suddenly the realization struck me – we weren’t going to listen to dramatic choruses of opera, we were going to sing them.

As I learned that day, the benefits of choral singing are both physical and psychological. And both are well documented. Improved breathing and posture sends more oxygen to the brain, while the intricacies of harmony and lyrics challenge memory, observes Leon Palad, director of a San Francisco choir assembled to study the effects of singing among older adults. Cardiff University researchers in 2012 found greater lung capability in lung cancer patients who participated in choral singing. A joint study by Harvard and Yale in 2008 showed an increase in life expectancy among choir participants in a Connecticut town. Psychologists also affirm the positive effects of group singing through the release of endorphins, hormones associated with pleasure, and oxytocin, a stress-relieving hormone. Singing with others trumps solo work, with studies suggesting that singers’ heart rates actually synch during performance, accounting for the strong sense of togetherness that this activity produces. Has the human brain been hardwired to reward participation in group singing? One study, referenced by Stacy Horn, has even gone so far as to suggest the delight in this activity as an evolutionary reward designed to encourage our early ancestors to leave their isolated cave existence and find each other. David Simmons, son of Reading Choral Society member Don Simmons and artistic director of the Congressional Chorus in Washington D.C., observes, “It makes people feel that they’re not alone in this world.”

If you are interested in becoming a member of Reading Choral Society, please contact the RCS office 610.898.1939 or email [email protected]